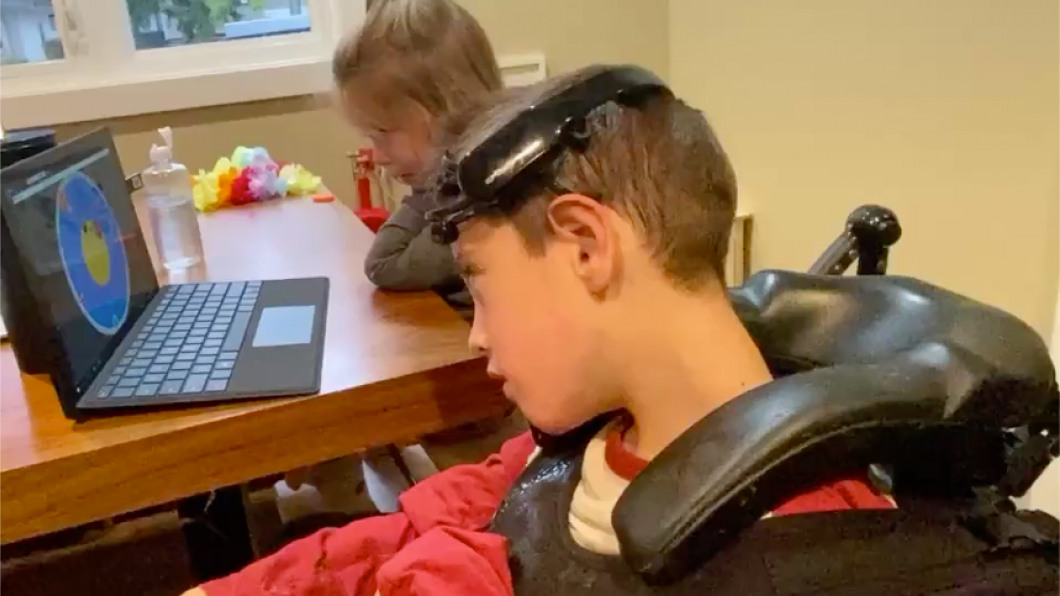 Things are levelling up in the Bloorview Research Institute’s (BRI) PEARL Lab, thanks to a new game and brain-computer interfacing.

While the BRI has seen great success with its video game Botley’s Bootle Blast, game developer Alexander Hodge has shaken things up by creating a new iteration of the beloved characters.

Inspired by one of his favourite childhood games, Nintendo's Super Smash Brothers, Alexander created Sumo Bootle: a battle-royale style game where players try to push each other outside of a sumo ring. And, like Botley’s Bootle Blast, what sets this game apart, is how it lets all kids, even those with developmental or physical disabilities, have a chance to interact and play—even with just a thought in their mind.

“While many kids were using Botley’s Bootle Blast to make gains with their movement abilities and daily living goals —like tying your shoes—there was still a gap for kids who might not have the mobility and the upper body coordination to play these types of movement-based video games,” says Alexander.

“We recognized a need for single input games, where you only need to hit a single button to make your move.”

When a prototype of Sumo Bootle was showcased at Alberta’s Brain Computer Interface (BCI) Game Jam, the game was tested by kids affiliated with Alberta Children's Hospital, one of Holland Bloorview’s cross-country BCI partners.

“Due to the multi-player mode which enabled play sessions between clients and their families and friends, it was well received by the kids and started being rolled into their hospital’s BCI program,” says Alexander.

In the BCI clinics, sensors are worn by kids and youth, which detect brain activity and convert that into electrical signals. Those signals are transmitted to a computer and then connected to a nearby technology. In some cases that means a communication device or lightbulb—in this case it’s a button connected to the game.

“The kids love playing Sumo Bootle and they love the competitiveness around it. And the parents seeing the smiles on their kids' faces, it’s really heartwarming,” adds Sharon Wong, the Director of Commercialization at the BRI.

“For kids who are non-verbal and don’t have the fine motor skills to control other means of communication, the BCI equipment Sumo Bootle uses allows them to express themselves and control something which is extremely powerful for them.”

In fact, for some families currently participating in Alberta’s BCI clinic, getting a chance to watch all their kids playing the same game has been nothing short of special. That's why it comes as no surprise that commercializing Sumo Bootle and other single-input games developed in PEARL Lab, with the aim of increasing access to and impact on kids and their families, is a long-term goal for the team.

And, currently, steps are underway to see if Sumo Bootle can be added onto gaming platforms where kids all over the world can access it and get a chance to play together.

“All of this is serving the goal of increasing participation and inclusion for kids of all abilities. And a big part of that is being able to play together and have fun and feel like you're contributing equitably to the outcome of the game,” adds Alexander.

“The most rewarding part of my job as a game developer is to see kids having fun playing a game together. Just seeing kids being kids and doing things that they love doing.”