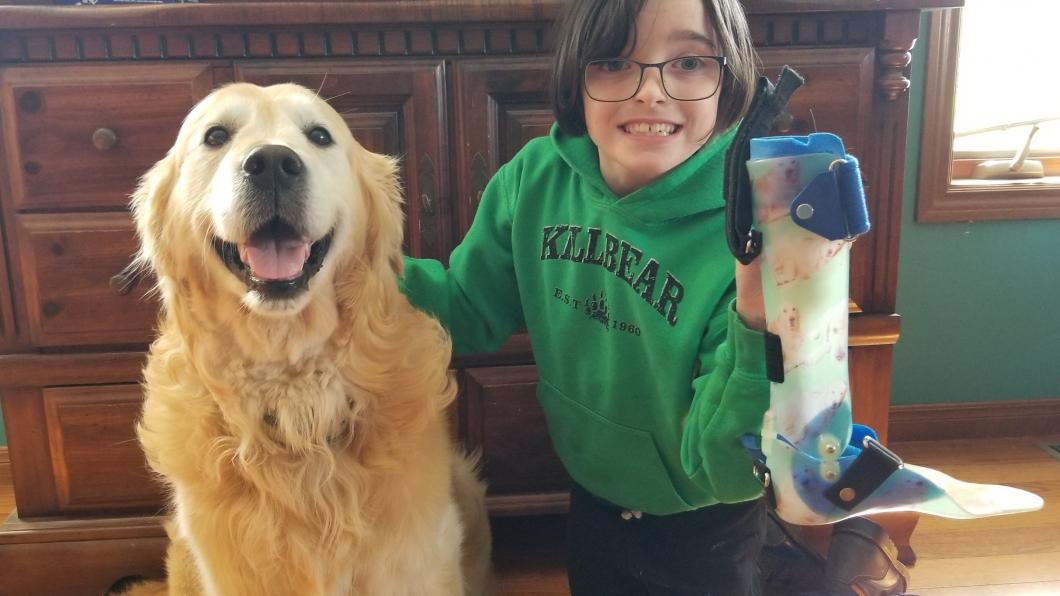 Collaboration in surgery changes the face of CP

When asked to describe her eight-year-old daughter, Lexi, Christine responds with “energetic and determined.”

And, determined is the best way to describe Lexi as she recovers from selective dorsal rhizotomy (SDR) surgery—a procedure for kids with cerebral palsy (CP) who deal with increased muscle tone causing spasticity and pain. SDR surgery helps make movement easier for kids like Lexi.

Until recently, one of the only places that offered this surgery was in St. Louis, Missouri. Christine adds this often forced families to fundraise over $100,000 to afford the procedure.

Thankfully, Holland Bloorview—in partnership with SickKids Hospital—presented a solution for Lexi at just the right time.

In 2017, Holland Bloorview and SickKids announced a three-year joint initiative to provide SDR surgery to kids across Ontario. Lexi’s surgery took place at SickKids in November 2019, after which she spent three months as an inpatient at Holland Bloorview. To date, she is one of 18 kids who have had the procedure through the partnership.

“At first, it was difficult because she could not walk,” admits Christine. “We constantly reminded her, ‘You keep working hard and you will be even better than before.’”

With an 18-month approval process, Christine notes that the pre-surgery period can be stressful. Many kids are referred for the procedure by their community pediatrician and may wait up to eight months before being seen at Holland Bloorview by an SDR team. But, Christine adds, these assessments are crucial in ensuring that SDR surgery is the best option.

“It definitely helps when you know what to expect.”

After the eight-hour surgery and her stay at SickKids, Lexi and her family found support through the therapeutic recreation services offered at Holland Bloorview. They also enjoyed music therapy and access to the Snoezelen pool.

“Holland Bloorview was extremely welcoming,” says Christine. “As much as we were excited to be discharged, it was hard to leave because we developed relationships with the staff and the other families. It is an amazing community.”

Lexi’s last days as an inpatient at Holland Bloorview overlapped with the onset of the COVID-19 pandemic. Since that time, she and her family have had to adjust to a new normal, especially when it comes to Lexi’s healthcare.

When Lexi needed her ankle-foot orthotics (AFOs) adjusted, she and Christine dropped them off outside the hospital and later returned to pick them up, adding a whole new meaning to “curbside pick-up.” Lexi even had her AFOs covered in pictures of the family’s golden retriever, Cooper.

When she’s not working towards her physiotherapy goals, Lexi likes to spend time with Cooper, and her other dog Rocky, and jump on the trampoline. She also looks forward to playing sledge hockey and baseball.

“Since SDR surgery, Lexi does not fall anymore,” says Christine.

“She does not complain of pain. She is able to perform all activities in life with more ease.”