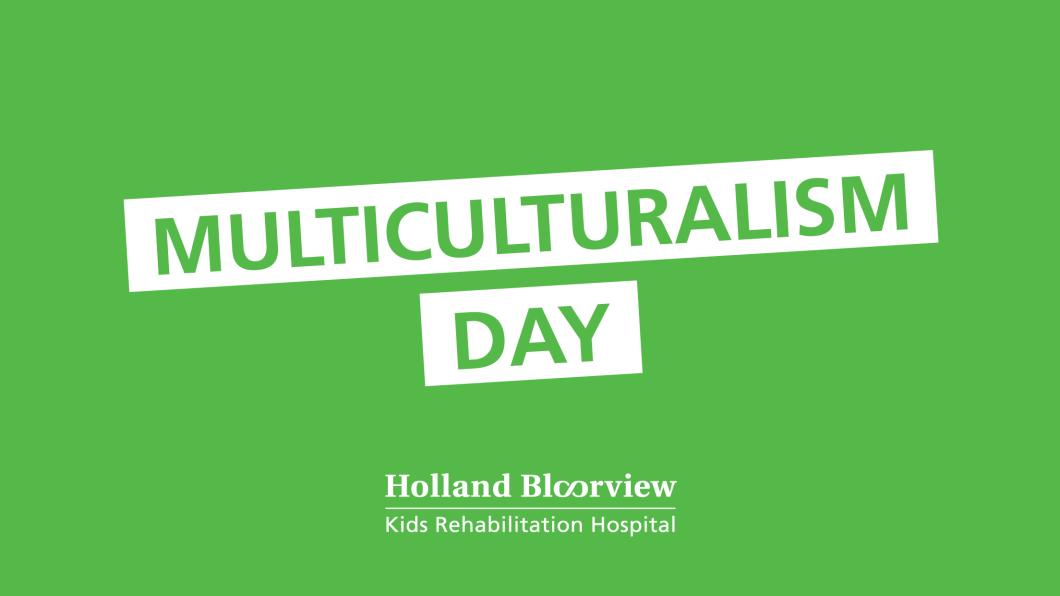 Every June 27, Canada celebrates Multiculturalism Day, to honour the many cultural communities that help build a strong and vibrant Canadian society. It is an opportunity for Canadians to discover and celebrate the diverse cultures that call this country home.

At Holland Bloorview Kids Rehabilitation Hospital, we take this opportunity to celebrate the cultural diversity of our clients, families and staff that enriches our commitment to equity, diversity and inclusion. For the Equity, Diversity, and Inclusion (EDI) Office especially, the day is an occasion to refresh our team’s commitment to fostering a warm and inclusive environment, where clients, families and staff feel welcome and a sense of belonging.

Over fifty years ago, multiculturalism was enshrined as official policy of Canada’s government. This policy officially became law in 1988 as the Canadian Multiculturalism Act.  Canada was the first country in the world to legally cement such as position.

Facts at a glance:  The ways multiculturalism impact Canadian society

Data on diversity in the GTA, circa 2016

Data on diversity in Canadian healthcare

Holland Bloorview Kids Rehabilitation Hospital and the Government of Canada, as well as various localities, will be scheduling and posting cultural events to honour the day, with special focus on Indigenous peoples.

Visit this interactive map for more information on events near you.