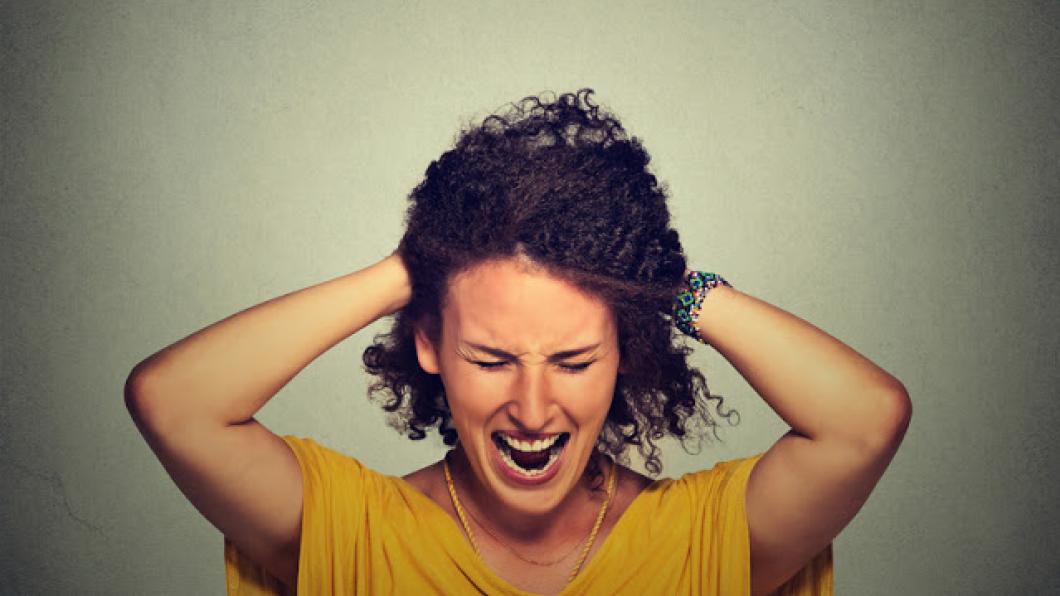 Why do so many parents feel so inadequate?

When I first saw the title of Ann Douglas's new book, Happy Parents, Happy Kids, I was a bit skeptical. I wasn't sure if it was too simple a premise to apply to the unique challenges of parenting kids with disabilities or chronic health problems.

But in Happy Parents, Happy Kids, Ann argues that many of the pressures facing parents today can't be relieved one family at a time. That's why broad changes are needed at a cultural and policy level to create the kind of wrap-around supports that enable all parents and children to thrive. We talked about why so many parents today feel so inadequate, no matter what they do.

BLOOM: In 2015 we spoke about your book Parenting Through The Storm—which focused on parents raising children with neurodevelopmental disabilities and mental health issues. What inspired you to write another book?

Ann Douglas: I thought a lot of the messages conveyed in Parenting Through The Stormneeded to land with a broader audience of every parent. It’s not just parents of kids who are struggling who need to think about self-compassion, self-care and community. Every parent is at risk of feeling isolated and burnt out and self-critical.

BLOOM: What kind of parents did you interview in your new book?

Ann Douglas: I tried to go for a diverse group of parents. I have people from every kind of income level, and different situations, family structures and challenges. The book includes insights from the parents of a child who is living with a rare disorder that makes the future a wildcard. It includes the story of a mom who is living with stage four cancer. And it features comments from a mom who is juggling five part-time jobs, and who is completely fed up with pat answers and simple solutions.

I deliberately asked the technical reviewers of the book to look at inclusiveness and equity. For example, at one point in the book I’d written about doing batch cooking on the weekend, and one of the tech reviewers pointed out “If you can barely afford the groceries for one meal, you can’t afford to do batch cooking.’ I wanted to make sure we weren’t just talking about people in traditional, predictable 9 to 5 jobs, when the new normal for many families is contract and more precarious work.

BLOOM: I heard you speak recently, and you said many parents who were really interested in the idea for your new book then declined to be interviewed for it. Did that surprise you?

Ann Douglas: It did, because I’ve been writing about parenting for a long time, and I’d never felt that level of fear, particularly here in Canada. It seemed that all parents had a sense that they were parenting wrong. There was a lot of worry about judgment from others. They felt they might not be the best parent to be interviewed about this stuff. There’s been a lot of anxiety happening in the broader parenting culture. Parents are anxious about the world they’re raising kids in today, and what it’s going to be like when their kids are old enough to establish their own lives. They’re anxious about so many things.

Locally, in Ontario, we’ve seen parents speaking out about the changes to autism services, and the cuts to education funding. And it's not just parents of children who are directly affected who are feeling this anxiety. Parents worry that the same thing could happen to a program that affects their child, or perhaps to a more universal program that’s available to all families.

Parents feel like they’re being asked to shoulder so much responsibility, and they’re worried that the rules of the game have changed. Maybe you can’t get the job that allows you to pay the bills. Maybe you’re piecing together a whole bunch of precarious and unpredictable jobs and wages.

Parents are thinking ‘I can hardly do this now, what happens if things get worse?’ Anxiety is a perfectly logical reaction to the state of the world today, and we need to stop blaming parents for being so anxious, and give them less to be anxious about. We all need to link arms and say ‘It’s not right that anyone is losing out on what their child needs to thrive.’

Ann Douglas: In order to pay the bills, in most families you need to have both parents working full-time, and a lack of work-life balance is a huge issue.

A lot of research shows it’s at the heart of what makes parents feel guilty and inadequate on a personal level. Parents think if they just try harder, they could figure out a way to have the energy to be working full time, and at the same time to be parenting to an increasingly high standard. People feel massively overloaded and guilty. A parent named Elaine in my book said it doesn’t matter where she is, or who she’s with, she feels she’s letting someone down at work or home.

BLOOM: What in your new book will resonate with parents of children with disabilities?

Ann Douglas: I think what’s different about this book is that it’s a much more political book.Parenting Through The Storm was rooted in personal stories and what you can do at an individual family level, and the need to have peer support and community. The new book is about grabbing your community and your picket signs and demanding a better world for kids and parents.

BLOOM: So the problems we’re facing aren’t ones we can necessarily solve alone?

Ann Douglas: No. One of the parents I interview in the new book said systemic problems require systemic solutions. Otherwise, we feel it’s an individual failing when we can’t make it all work. But how can we make it all work?

How can we solve problems like climate change or create universal child care in our spare time? Then, when a parent is dealing with something extra, like a child’s disability, you can turn up the dial by 10,000 per cent.

BLOOM: You talk about the importance of parents remaining calm.

Ann Douglas: First, it’s important for our own parenting. Unless you can hit the pause button and consider what’s working, or not working, with your child, you can’t pivot and figure out the best way to move forward. It’s also important to provide an atmosphere where kids feel reassured that as parents we’ve got it—we’re going to take care of them, and they don’t have to worry about parenting us.

I’m someone who has to work really hard at staying calm. It’s not my natural state, and I recognize that a lot of people are wired this way. We should probably say it’s important to stay 'calmer,' not calm, even if it’s just at the start or the end of the day. We don’t need to be intensively doing meditation for hours on end! That’s never been the reality of my life, and it won’t be for most people.

BLOOM: How can we be calm when we’re dealing with the uncertainty of a child with chronic illness or complex problems?

Ann Douglas: One thing you can do is find a safe person who can help you to carry the emotional load. There’s an awful lot of administrative work and letter writing when your child is struggling. The next time your child is suspended, maybe you can get a friend to write that letter to the school. Every letter doesn’t have to be written by the parent. Maybe another caring family member or a friend could write it. Maybe instead of feeling that you have to read all of these websites to find out what your child qualifies for, you can tap into a pool of people who’ve already done that reading, so you don’t have to start from scratch.

BLOOM: So a group online for parents of kids with disabilities?

Ann Douglas: Yes. We’re also talking more in society now about the idea of being an ally to somebody. So who do I know in my circle who might be good at writing letters? Who is a chatterbox and would love to make a bunch of phone calls to ask questions of service providers?

Over the weekend I received a message from a friend asking me to write a letter to encourage politicians in a nearby small town to reconsider their longstanding policy of never flying the pride flag. I was so happy he made that ask. I spent half an hour writing a letter I was proud of—aletter that talked about how important it is for every citizen of, and visitor to, that small town to feel welcome and included. Too often, we have a misguided notion that it’s wrong to ask other people for a favour, and we forget the times we’ve been able to do someone a favour, and how great it feels.

BLOOM: One of your chapters is about guilt. I know parents of kids who are born with disabilities may feel guilty because we couldn’t prevent our child from having extra challenges.

Ann Douglas: We need to look at the difference between situations that are, or aren’t, within our control, and be clear where these things fall. In most cases, none of us would consciously choose to make life harder for our kids. With genetics and the environment it’s a bit of the spin of the roulette wheel for all of us.

We also need to think about guilt in terms of the expectations we place on ourselves. I often hear from parents of kids with special needs who feel they’re doing it wrong, because they’re exhausted, or not joyous or endlessly positive. When you’re burning out, how can you feel joyful and energized? We have to be realistic, and not add an additional layer of ‘I have to be endlessly positive’ on top of what is already a massive and unsustainable load.

Ann Douglas: The biggest thing I’ve taken from her work is to reframe what we tell ourselves by asking ‘Would I say this to a friend?' If a friend told me ‘I’m the worst parent in the world,’ what would I say? Then try to say those kind things you would tell a friend to yourself.

BLOOM: You argue that parents and kids need a village of support around them. Sometimes it's hard for parents of kids with disabilities to find that support, or build it.

Ann Douglas: At a lot of my presentations, parents are telling me that they feel isolated and cut off. Given that so many of us are massively overloaded with work and other commitments, it’s not surprising. But sometimes people get this idea that to have a village you have to have 40 people around you. The village could be two to three people. It doesn’t have to be huge to be strong.