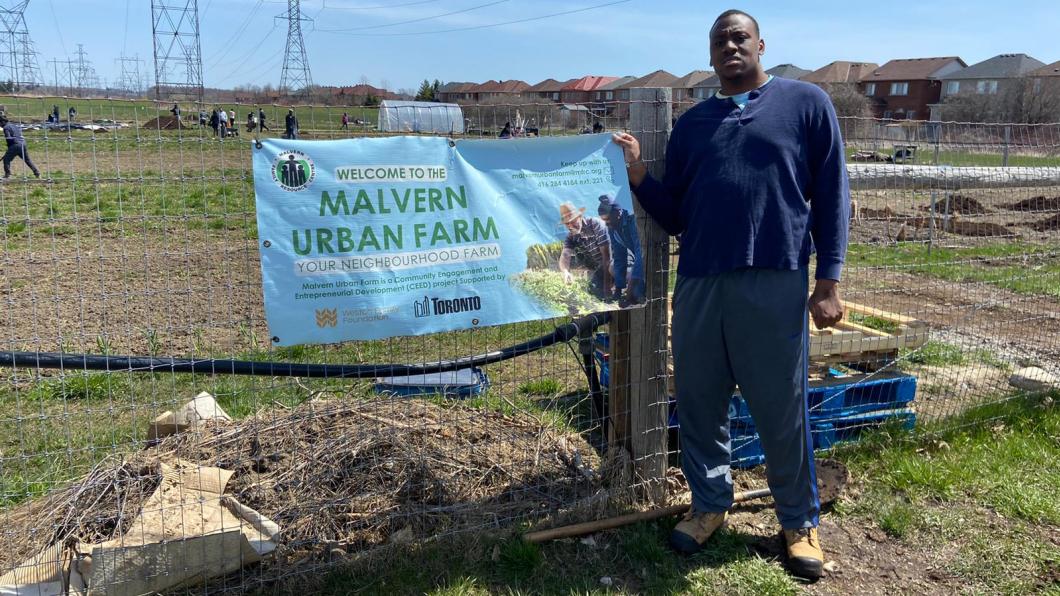 At an urban farm, Isaiah finds a place to grow

The 25-year-old has autism, and his new business is a venture with his parents, brother, and two support workers.

"It started back when he was at MukiBaum and we found he had a love for gardening," says his dad Clovis. "He loves to water and he loves being outside. We wanted a different life for him, not to be cooped up in a day program where he struggles, but to be outdoors where he thrives and can see the plants growing and how he can contribute."

Four years ago Isaiah and his parents began volunteering in a community garden run by the Malvern Family Resource Centre. "We were looking for alternatives to day programs and a Partners for Planning facilitator connected us with the Malvern Family Resource Centre," Clovis says. "They run a community garden not far from from where we lived. Each weekend we tended the garden with other volunteers—planting and working together and harvesting. The produce went to food banks or community agencies looking for food."

Now Isaiah has signed a four-year agreement to run his own plot of land at Malvern Urban Farm, an area by Morningside Ave. and Old Finch. "Malvern Family Resource Centre has been trying to get these plots for a long time, and the City of Toronto has made them available," Clovis says.

There are 16 plots, and Isaiah is farming a half plot that is about 15 by 60 feet. Tomatoes, potatoes, a variety of greens and herbs are on the agenda. "We're looking at the cultural piece as to what Black people would like as we'd like to cater to the Black community as well," Clovis says.

Daily tasks on the farm will include planting, watering, weeding, monitoring for bugs and harvesting. "It's our baby," Clovis says. "The biggest challenge has been figuring out how to structure it, what to grow, and how we plan to market it." Isaiah delivers a newspaper in his neighbourhood and his family is considering offering a service where they would sell and deliver produce. They're also looking at participating in farmer's markets.

Isaiah can't tell his family what he thinks about the farm, but he shows them. "When we did the launch he was giddy and excited," Clovis says.

Clovis encourages other parents to help their children explore interests in the community. "You never know where something may lead. The greatest joy has been seeing the evolution of this interest and now Isaiah's got this opportunity to do something he really enjoys. He's the boss. He's self-employed. The unemployment rate is so high for people with special needs so the greatest joy is seeing something that we can leverage to give him skills he enjoys and are a potential source of revenue."

A family member is working on a website for ZayZay's Good Foods and Clovis says the other farmers at the urban farm are sharing their growing tips. Isaiah is already participating in a seed exchange.

Like this story? Sign up for our monthly BLOOM e-letter. You'll get family stories and expert advice on raising children with disabilities; interviews with activists, clinicians and researchers; and disability news.