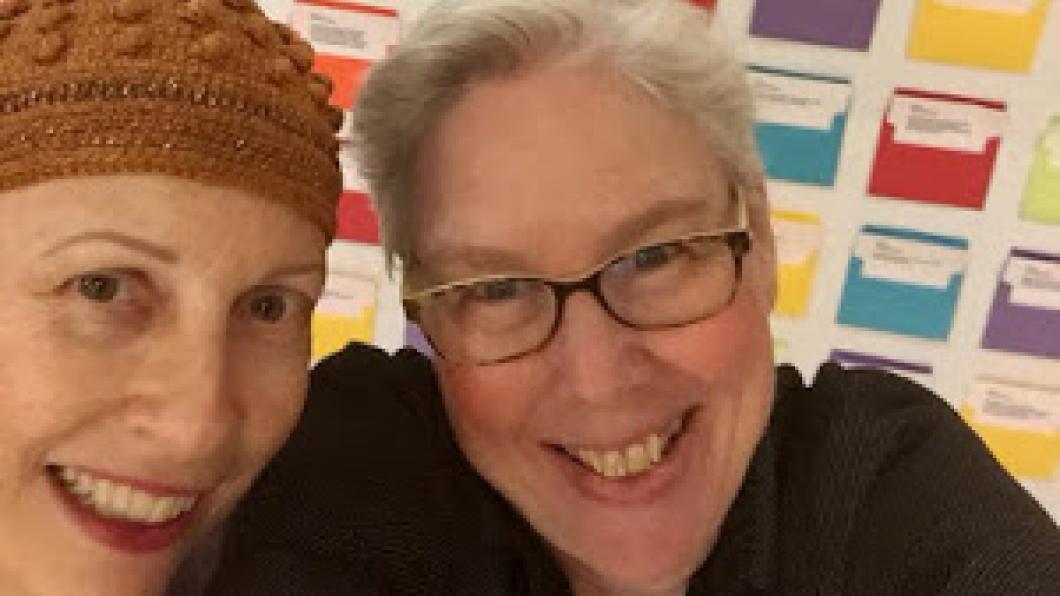 Social media lets people with disabilities 'push their own agenda'

Beth Haller is a bit of a celebrity in the world of disability and journalism. I first learned about her when I followed her Media dis&dat blog, where she posted timely international stories relating to disability. Beth is a professor of journalism and new media in the Department of Mass Communication and Communication Studies at Towson University in Maryland. She’s written a couple of books—including Representing Disability in an Ableist World: Essays on Mass Media. Her Facebook page with the same name is where she posts most frequently now. It's a fabulous resource for anyone interested in disability issues. Beth has also taught in disability studies programs, including York University’s Critical Disability Studies graduate program in Toronto. She dropped by a week ago and BLOOM got to ask her some questions.

BLOOM: How do you describe your research?

Beth Haller: It’s about how the media represents people with disabilities. Originally it was news media, but now it includes all kinds of media—social media, entertainment, advertising.

Beth Haller: In the 1980s I was a medical reporter in Texas. I did a series of stories on Down syndrome. At the time, I didn’t have a disability consciousness, even though disability has always been in my life. My next-door neighbour that I grew up with had a little brother with an intellectual disability. When I wrote the series on Down syndrome it was at a time when there was a growing understanding about early intervention, and people weren’t being thrown away in institutions.

BLOOM: How did that series influence you?

Beth Haller: I’ll never forget one story I did with a rural family who had an adult son with Down syndrome who was in his 30s. He was the oldest child of four. The dad told me about going to the hospital and being so excited that his wife has just had their first baby. Then a doctor comes in and says ‘We’re not going to give you your baby. We’re taking him to an institution. It’s the best thing for him.’

This was a working-class guy and his wife has just had their first child, and they’re trying to take it away. A lot of educated parents at the time went along with what the doctor said. You were told that you were a bad parent if you didn’t institutionalize a child with Down syndrome.

These parents took their son home. People who were working class didn’t have the option of nice facilities to place a child in, and they tended to be in a more familial structure.

When I visited, the father and son were like roommates and best friends. The mother had died and the dad was retired and the son was working. The son and dad had lots of interests in common. It was meant to be.

BLOOM: How did you get into researching disability coverage in the media?

Beth Haller: In the 1980s, to be a print journalist was to work 80 hours a week. I decided to take a break from journalism and did a master’s in science communication at the University of Maryland. I was taking a magazine writing class and decided to do a story profiling someone that didn’t speak my language. It was 1989 and it popped into my head that Gallaudet University was one year after the Deaf President Now movement.

I got really interested in the deaf community and how it was covered in the media. I was doing master’s level classes in research, digging into whether any mass communication researchers had done anything about people who were deaf or had other disabilities. People in the mass media communication world weren't that disability conscious. They didn't think about disability in the diversity sense. There’s was great coverage about how media have treated people of colour and the LGBTQ community, but they still hadn't latched onto disability as another part of diversity.

I did my thesis on how the Washington Post and New York Times covered the deaf community before, during and after the Deaf President Now protest. You could see the difference after they were covering the community for six days straight. Journalists are educable. Most want to do a good job, and they’re learning while doing the story. I think it’s often editors who are stuck in the medical model. Journalists get the identity rights movement.

Later I did an internship on the copy desk at the Baltimore Sun and I saw an article about The Disability Rag on the AP wire. [It's now known as Ragged Edge Magazine]. I subscribed, and in one of the first issues in the classified ads were three lines about a Society for Disability Studies meeting in Rockville, Maryland. I didn’t know that field existed, and I got plugged into it fast.

BLOOM: How would you say media coverage of disability has changed over the years?

Beth Haller: When I went to early conferences, disability studies researchers weren’t doing anything about the media at the time. They’d say ‘That’s nice that you’re looking at media. We have bigger stuff to do, like get people into schools.’ I’d say ‘How do you think you’ll do that without getting public opinion on your side?’ Over time, academic researchers started seeing my side of the fence—that media are important. Now, with social media and blogs and the Internet, people with disabilities can push their own agenda. Everything has flipped to the advantage of the disability rights community. They can get their issues trending, and journalists are trolling, looking for story ideas on what’s getting buzz. Because of the collapse of the traditional news media, there are a third less journalists. I think the journalism world is very open to covering the disability world now. The op-ed series written by the disability community in the New York Times is an example.

BLOOM: I love that series!

BLOOM: Something that’s so interesting to me is how language around disability has evolved. When I first came here in 1999, we only used person-first language. But now disability advocates are running campaigns like ‘Say the word—disabled.’

BLOOM: What if you ask someone how they would like to be referred to, and they use a descriptor that you believe is demeaning?

Beth Haller: You have to honour what people want. If I do an interview on the phone or in person, I will ask the person. You may follow Andrew Gurza, who calls himself 'Your #1 Queer Cripple.' You can tell someone that if they use a certain term, some people may come after them about it. But you have to use what they want.

When I talk to journalism people, I tell them disability is on every beat. If you’re an education reporter, are the schools accessible? Do they have a quiet room for autistic kids? If you’re a sports reporter, are you covering adaptive sports and the Paralympics? In Maryland, we have one of the top wheelchair racers in the world. She wanted to practice on the track with her track team in high school, and now, thanks to her advocacy, Maryland has to provide equal access to disabled athletes in public education.

BLOOM: What do you hope to do in the future?

Beth Haller: I do want to write more books. One thing I like to write about is inclusive filmmaking. I learned about Bus Stop Films in Australia when I was there a few months ago.  It has a fully inclusive style of filmmaking. The Bus Stop model isn't just about learning to act, but learning how to run the cameras and the mikes as well.

You may want to read the transcript of this 2015 presentation Beth gave as a Fulbright Specialist at the University of Sydney: A Digital Media World Redefined By And For Disabled People: Representations And Access. In writing about how the media often frames technology as 'giving a voice' to disabled kids, I found this interesting:

'Just another couple examples of news stories: “App gives autistic children a voice,” “Modern technology gives Autistic children a voice,” there’s a lot of giving of voices for the iPad and my question is doesn’t a voice reside in the human, not the machine? And so I think the media has it backwards, like I said I’m not taking away from the technology I think it’s very helpful for a lot of people but the way it’s getting reported, it’s the iPad that’s the thing, not the access for people with disability. And the fact that the person with the disability is the one making their statements or giving their perspective of the world through that technology. It’s not the technology that is actually communicating. It’s the person.'