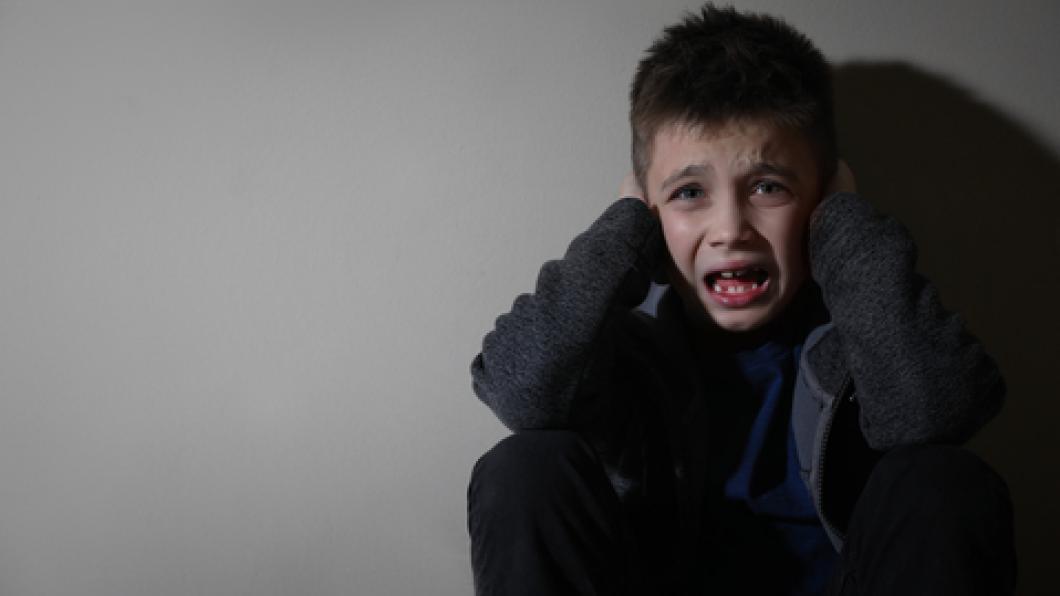 Restraints, isolation routine for some disabled students in Manitoba

Students were held down on the ground, strapped to a chair with arm splints and 'posey cuffs,' and placed in isolation rooms—some as small as a closet—with no doorknob on the inside to escape.

It sounds like a horror show, but these traumas were part of the school day according to more than 60 Manitoba parents who filled out an online survey about their child being immobilized or placed alone in a room they couldn't exit. Most said they were 'rarely,' or 'never,' told about the incidents by staff. The students had autism, intellectual disabilities and/or mental-health issues.

Behind Closed Doors is a new report based on the survey by University of Manitoba researcher Nadine Bartlett. It looks at the use of physical restraints and seclusion for students with disabilities in Manitoba, a province which doesn't regulate or track the practices. We spoke about her findings.

BLOOM: In the last few years, there's been so much media coverage about restraint and seclusion. How is it possible that Manitoba doesn't have regulations?

Nadine Bartlett: It's a good question. In addition to this report, I just finished a national policy scan to look across the country at who has regulation and who doesn't. Seven provinces and territories have no regulation at all. They are Manitoba, Northwest Territories, Ontario, Quebec, Nunavut, Saskatchewan and Yukon. For these jurisdictions, we couldn't identify educational policies or guidelines that specifically regulated restraint, seclusion, and time-out rooms.

It's sad to say, but sometimes issues that are most relevant to individuals with disabilities are not high priority for policy makers, and we don't see movement until there's advocacy and the squeaky wheel. Because each province and territory is responsible for education, we see gaps and differences in policy. In the United States, not that we want to follow it as a model, they have been much more progressive in guidelines and policy in this area.

BLOOM: Were parents in your survey asked why their child was restrained or put in seclusion?

Nadine Bartlett: We didn't ask that question about what precipitated it. We were looking more broadly at the practices, like how often they occurred and whether parents were notified.

BLOOM: What are common reasons a child might be restrained or put in an isolation room?

Nadine Bartlett: In my experience as a teacher and resource teacher... there are some students who have behaviours that may be deemed challenging. When they're younger, it's easier to pick them up and take them to another space, and it temporarily interrupts the behaviour. But it doesn't change the behaviour. However, it removes the stressor, and the class or the hallway is quiet, and people see that as a positive thing, and it becomes normalized.

The problem is that it isn't an okay practice. It tends to continue over time, and then you have young adults of 17 and 18 who are large, and can't be picked up, and we tend to see more escalation with them, and people are getting hurt. When it comes to light that this practice isn't working, it's a little hard to make progressive change at that point.

BLOOM: So you're saying that the habit of picking up and moving a young child with difficult behaviour is like a bandaid?

Nadine Bartlett: Unintentionally, we've delayed that really in-depth, proactive planning that needs to happen. Teachers need time and energy and support for collaboration and training and planning, and sometimes that isn't available.

BLOOM: Was there anything that surprised you about what parents reported was happening to their kids?

Nadine Bartlett: There were several surprising comments from parents. One that stands out, especially in light of what's happened in the U.S. with [George Floyd], is that some parents reported that their children had been held to the ground face down and face up. In jurisdictions where there is regulation, those restraints are banned. Supine and prone holds are not permitted, even in policing and mental-health settings. I didn't think these kind of restraints would ever be used in a school. To hear they were, and that there was an absence of regulation, shocked me.

The other thing that surprised me was mechanical restraint. A parent said their child had been strapped to a chair. That certainly was shocking to me, and I've never observed that in my time in school.

One parent commented about a seclusion space that was the equivalent of a four-by-four closet.

BLOOM: I found it frightening to hear of children being placed in a room where the doorknob inside had been removed. I could imagine that sending even an adult into a state of panic.

Nadine Bartlett: That was significant. One of our recommendations is that Manitoba, and I think other provinces too, would be well served by an audit of all spaces in schools that are being called sensory rooms or blue rooms. Sensory rooms are positive and proactive. They're used so that a student can choose to go there to self-regulate, and the child has the ability to return to the class at any time. But sometimes, due to space limitations, they serve a dual purpose. Sometimes, they're used to seclude a student and that is hugely problematic—to think that there are spaces students can't exit.

BLOOM: Your report found that in six cases a child had been restrained daily for the entire school year. I guess a practice couldn't be more normalized than that—if it's used every single day!?

Nadine Bartlett: There's an organization in the United States called Aprais. They're a parent advocacy group, and they talk about restraint and seclusion in an interesting way. They say it can't be both planned and an emergency at the same time. What ends up happening is that restraint or seclusion is put into a kid's individual education plan (IEP). There might be a caveat in there to use it. It's almost like it's planned, and when it's planned, it appears to sanction it. When it's okay in a plan, it tends not to receive the level of oversight and accountability that it would if it was a crisis. When we normalize it and put it in a plan, there's a real danger that it's sanctioned, and we don't really have to let the parent know.

BLOOM: Because the parent signed off on the IEP.

Nadine Bartlett: It almost, unintentionally, makes teachers think that's how a child learns best, that restraint or seclusion is a strategy that works for them. But it's not a strategy, it's a crisis response. When it becomes a strategy, it's a really dangerous and slippery slope.

I want to write more about that. When I did my policy analysis, if you look at Eastern Canada, you'll find Maritime provinces don't use the term 'seclusion.' They use 'time-out rooms.' In a couple of provinces they've conflated seclusion and time-out, as if they're one and the same.

Time-out is supposed to be proactive behaviour management. If you have a classroom meeting and a student is being noisy, you ask them to sit at their desk for a moment. It's temporary, and it's not punishment. There are degrees of time-out, so you might ask a student to go to the principal's office or a separate room.

Seclusion is being prevented from leaving that separate room.

In the Eastern provinces, time-out and seclusion are referred to interchangeably, and there's less accountability for time-out. Some provinces don't require schools to notify parents if time-out is in a student's plan. But they don't describe time-out well, and if you look at the details, it could actually be seclusion.

There are a few provinces where schools have to report for restraint, but not for time-out. But these are emergency responses that should only be used as a last resort, and they should require the same level of reporting and oversight.

Manitoba doesn't report on seclusion or restraint. The two most progressive provinces are Alberta and Prince Edward Island. PEI covers, and distinguishes between, seclusion, time-out and restraint.

Monitoring also helps identify where in the province restraint and seclusion is not occurring, and why that is, and helps us learn how to replicate positive and proactive behaviour supports.

BLOOM: What's an example of a positive and proactive behaviour support?

Nadine Bartlett: A functional behaviour assessment would be done to help determine the underlying function of a student's behaviour. It's based on the premise that all behaviour serves a purpose, and behaviour is a form of communication. Often, you will hear teachers say 'the behaviour is unpredictable.' While this may be the perception, when observational data is collected and analyzed, frequently patterns can be identified and we can get in front of the behaviour.

An example might be a student hitting to obtain attention from the teacher during independent work time. A positive replacement behaviour would involve teaching the student to request attention from the teacher in a positive way. Depending on the child's strengths and needs, this might include hand-raising or using a visual cue like a help card. The student would be explicitly taught the behaviour and given opportunities to practise using it. Initially the teacher would need to reinforce this pro-social behaviour immediately when used, so that the student sees that it's efficient and effective in having their need for attention met. Environmental accommodations to support the use of this strategy would include teacher proximity to the student, so that the teacher can more readily respond.

BLOOM: How does restraint and seclusion impact the affected child?

Nadine Bartlett: It's very disturbing. Certainly parents who reported in our study talked about trauma. Over 90 per cent talked about how traumatizing it was for their child. Some students had become school avoidant—they didn't want to go to school. Some had nightmares and fear of adults. Others said they'd noticed their child had become more aggressive, and that's not surprising. A smaller number reported physical injuries.

BLOOM: We posted a link on BLOOM Facebook to a CBC story about your report, and one parent commented: 'I live in Manitoba and my daughter with Down syndrome has suffered at the hands of teachers and educational assistants. I called police about one of the assaults and their response was that they didn't want to ruin the teacher's career. My child is not physically or emotionally safe at school, but if I don't send her... then I will go to jail, and she will be taken away from her family. What's a mom to do?'

Nadine Bartlett: What a horrible story. Regulation and policy help, but they're not a panacea. They won't fix the issue. One of the main things I talk about is training. In addition to regulation, there needs to be teacher training and resources about proactive alternatives. We need to look closely at what training we're providing. Here in Manitoba, we use Non-Violent Crisis Intervention training offered by a for-profit program out of the United States. But it doesn't address seclusion. We need to look really closely at policy and training for teachers.

As a follow-up to this study I'm going to be doing case studies, and I'll be putting out a call to interview parents confidentially.

Nadine Bartlett is an assistant professor of inclusive education at the University of Manitoba. Recommendations in her report include: developing provincial standards and banning certain restraints; mandating how incidents are documented and reported; using restraints and seclusion only in crisis; taking a province-wide approach to training education staff in positive behaviour supports; and reviewing current crisis response training with an eye to developing training that meets new standards.