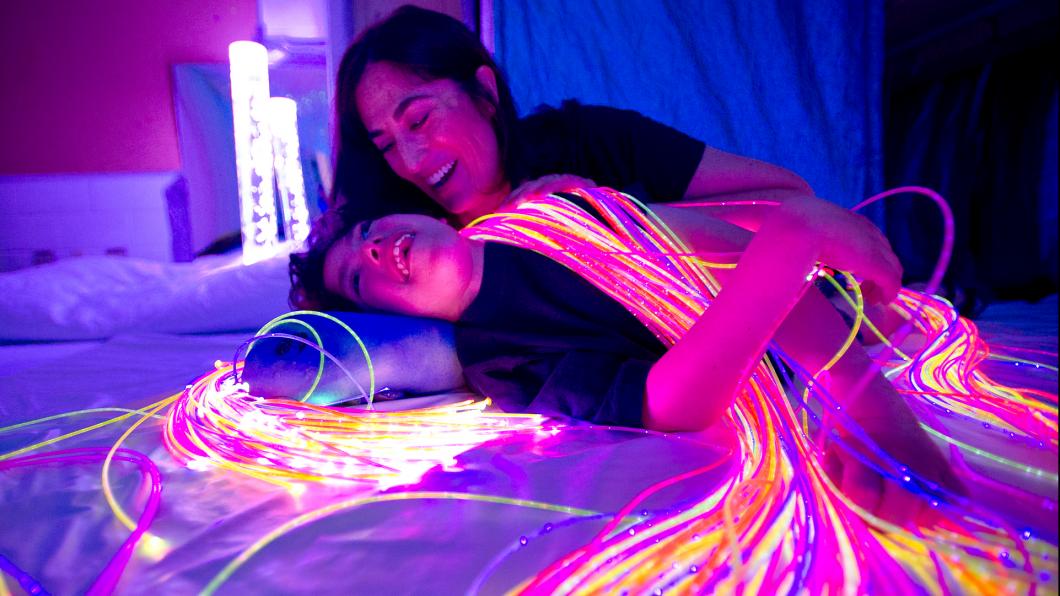 A U.S. news story this week paints a disturbing picture of home nursing for medically complex children. At least seven children have died in Texas, Pennsylvania and Colorado, Bloomberg News reports, after Aveanna Healthcare home nurses failed to check vital signs, follow emergency procedures, appear for their shifts, or made a medication error.

The story suggests that Aveanna, which is owned by a private equity firm, was cutting corners to maximize profits.

But missed shifts and nurses who lack skills to care for children who use ventilators and other intensive-care technology are not new to Ontario parents. Similar stories in our publicly funded system are shared frequently on Facebook support groups like PAL.

BLOOM reached out to Holland Bloorview family leader Marcy White, who has written for us on the topic.

“Some of the agencies here are not-for-profit, but the issues that are raised in the U.S. article are identical to the ones we see here,” says Marcy, whose son Jacob, 17, has a neurodegenerative condition that requires 24-hour nursing care. “I don’t think it’s a function of private equity vs. not-for-profit.”

Instead, Marcy says children like her son are too complex for community nurses who lack specialized skills and hands-on experience.

“With medical advances, the needs of this population have changed, but the qualifications and experience of nurses hasn’t caught up.” Meanwhile, home nurses are paid much less than hospital nurses, making it hard to retain them.

Jacob has funding for 24-hour nursing care at home, but back in 2016, when Marcy was interviewed in this piece for Global News, 40 per cent of his shifts that month went unfilled.

“However, the bigger issue we have is that if I have a nurse here who is incompetent, or doesn’t have the skills, I’m still on—I can’t leave the house, I have to be in the room to watch.”

Because of his condition, Jacob struggles to breathe. “The biggest challenge we have is making sure he’s breathing, and doing what we need to do if he’s in distress—whether that’s suctioning him through the mouth, through the nose, or giving him oxygen or BiPap, or lying him down, or any combination of the above. There’s no room for error.”

Marcy notes that a program at SickKids that aimed to better train community nurses was insufficient. “They don’t do bedside training,” Marcy says. “When they do their training, it’s on dummies. A nurse needs to know what it feels like to snake a tube down someone’s nose and clear their lungs, and that feels very different on a dummy than it does on a human. My son’s life is too precious to learn on him.”

In her earlier BLOOM piece, Marcy recounted numerous near misses with nurses who didn’t know how to do a procedure, almost made a medication error, fed Jacob—who doesn’t eat orally because he chokes—or fell asleep.

“Just two weeks ago, we had a nurse who had done 18 hours of paid training with a nurse come for her first shift. I caught her giving Jacob a big syringe that was full. When I asked her what was in that, she told me one of his medications, mixed with water. ‘Don’t you know he’s on fluid restriction?’ I said. ‘He can’t have more than five to 20 ml at a time, or he’ll go into respiratory distress.”

In February, Marcy proposed a new model of home care in this guest blog for CMAJ Blogs. “We need skilled nurses, hired by hospitals, who will do a certain percentage of their shifts in the community,” she tells BLOOM now. “This would create more well-rounded nurses and continuous care, and you wouldn’t have nurses in the community worrying about losing their income when a child goes into the hospital.

“Hospitals have the mechanisms to recruit, on-board, and retrain nurses that agencies don’t have the budget or funding or scale to do,” Marcy says. Further, nurses that move between hospital and home would be able to identify “unique changes in the baselines of patients, possibly avoiding crisis situations. Textbook and classroom learning isn’t a replacement for real-life experience. We need access to hospital nurses who have experience.”

Marcy has been speaking publicly about these challenges for years, but says many families are afraid to do so. “They live in fear of an agency cutting back their hours, and I’m proof that it happens.”

After Marcy participated in a series of Global stories in 2016 about home nursing problems, one agency—the largest provider in Toronto—refused to work with her son, giving the family two weeks’ notice.

Marcy received a letter from the Community Care Access Centre, which then managed her son’s shifts, explaining the change. CCAC said they would no longer be able to manage all of his shifts because “he lived longer than they expected him to when they first agreed to do it,” Marcy says. She still has the letter. “It's still painful to read after all these years. The CCAC stood behind the agency and said we can’t force them to do it. Instead of fixing the problem, they hid the problem.”

At times, Marcy says the family has been able to develop a team of excellent home nurses. “But slowly, the majority were hired by hospitals, and the agencies are unable to replace them with people with the same skills and experiences.”

Marcy has met with officials at all levels of government. She was hopeful when Global ran its series, and interviewed Ontario’s then Health Minister Eric Hoskins, that change would come.

“But things have gotten much worse since then. We need someone to step up and take on this challenge. Somebody above the hospitals needs to say ‘This is an emerging population that we need to service, and the way it’s being serviced is not working.’ Doctors and nurses see the problem, but it’s not in their job description to do anything about it. No one is willing to put their job, and their reputation, on the line to fight for us.”

The system takes advantage of families, Marcy says. “The agencies, and the Local Health Integration Networks, which now manage them, know that if they can’t do it, the family is there and will step up. They have to. I’ve been doing this for almost 18 years, and it’s taking years off my life. But what’s my alternative?”