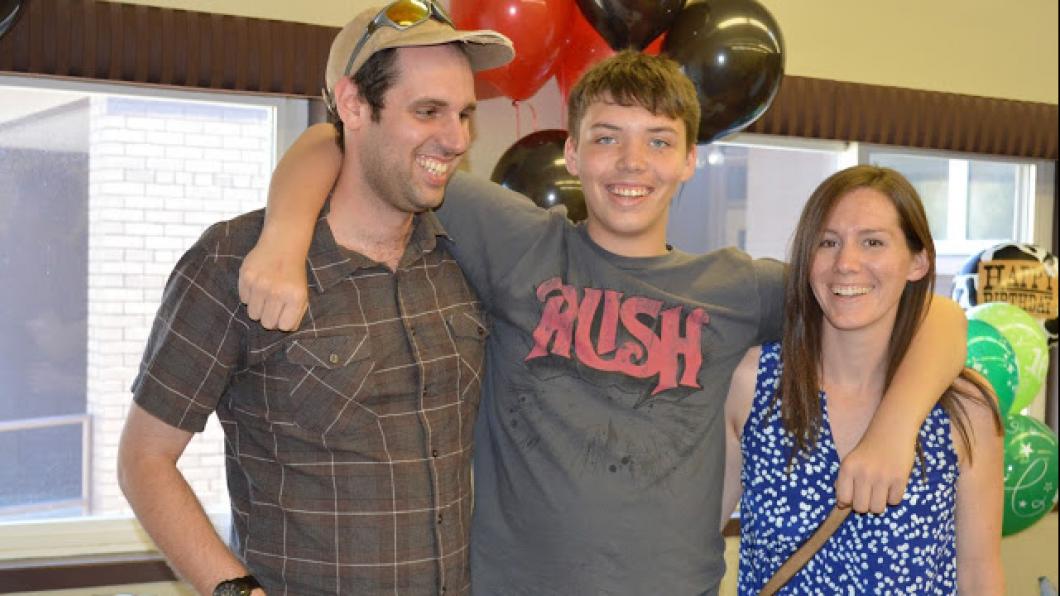 Mapping out the future, with a little help from my friends

“I’ll never be good enough,” my son Corbin, 12,muttered, over and over again, as he tried to fit his five-foot frame into my lap.

We were about to head out to drop him off at his treatment centre, when he simply fell apart. His despair was overwhelming and heart wrenching. I felt helpless.

Our family was concerned that the treatment centre was using punishment, rather than positive supports, to manage his behaviour, and that this was eroding his self-esteem and escalating his anxiety.

Later that day I shared this story with some good friends at the Windsor Essex Family Network and one suggested it was time to consider doing a “MAP” with Corbin.

MAP stands for Making Action Plans and involves bringing together family and friends at a meeting to help a person plan out their hopes and dreams. It was created by Marsha Forest and others more than 30 years ago.

Inclusion Press describes the process as: “a series of empty container questions that ask a person/organization to tell us some of the milestones on their journey, so we can get to know them, dream with them, and begin to build a plan to move in the direction of their dreams… MAP is about listening to a person's dreams, acknowledging their nightmares, then building a rich portrait of their gifts and talents so we are able to focus on simple daily actions that move them in constructive directions. MAP is a wonderful way to 'get to know' someone, in schools, in communities, in life. It is powerful and requires skilled facilitation by two facilitators.”

So often, as parents, we are told we need to make our kids more independent. It's in their report cards, progress reports and treatment plans. However, what we don't talk about is the concept of interdependence. In All My Life's A Circle, Marsha Forest describes interdependence as "the ability to connect with individuals within one’s own community and develop a network of supports to assist in accomplishing." This is what our son needed—to connect with others in his community.

To be honest, friends had suggested we do this kind of planning numerous times before, but I’d always put it off. I was worried that the people my son chose to invite to the MAP meeting would say no, and he would be crushed. After doing some research, I was able to move past this fear.

I spoke to Corbin about the idea and explained that we would have a meeting and, unlike other meetings, he would have a say in it all. This would be a gathering of his friends and family—all of whom he would choose to invite. He would also choose the snacks and where it was held. He liked the idea that he would be in control.

When we began making his invitation list I was surprised by how seriously he took the task.

The first person to come to Corbin's mind was Joe. My husband and I met Joe and his wife Jenn back in 2001 when we were all hoping to adopt.

Corbin described Joe as someone who is “calm and likes things that I do. I feel good when I'm around him.”

We created the list over several days as Corbin and I thought about people. In the end, he invited about 17. Some were friends from his neighbourhood school. All but two (who were from out of town) were able to make it.

On Sunday, October 31, 2010 we sat in a semi-circle facing large sheets of paper spread across the wall. Two facilitators, who had volunteered their time, encouraged us to talk about words that describe Corbin, to listen deeply to his hopes and dreams, and to help him make plans for the future. This was recorded in colour marker on the sheets of paper, which seemed to make it come to life.

It was extremely powerful to have Corbin put into words things we weren't sure he was aware of: for example, he said that to be successful he needed to be surrounded by people who believe in him and that he needed a quiet place to go to when he was upset so that he could do deep breathing. It was heartbreaking to hear him say that his nightmare was to be locked in a room alone—which, unfortunately, had happened at a treatment centre.

By the end of the meeting people had been assigned “jobs" to help Corbin achieve some of his goals. Lorelei agreed to find a Canada Food Guide chart to assist with Corbin’s desire to eat healthier. Bobby offered to look into gym programs for someone Corbin's age. And everyone agreed to ask around to try to find a guitar teacher who would be good with a spirited pupil.

That meeting changed things for Corbin. He was in a room filled with people who love and accept him for who he is, and want nothing more than to help him succeed in life.

This buoyed Corbin, and us, as his parents. We no longer felt like everything was our job to do. People had readily, eagerly jumped at the chance to have a job, no matter how big or small.

In the ensuing months, we worked to move Corbin to a treatment centre where the focus was on positive behavioural supports and a better understanding of the traumas he had experienced.

Corbin is now 17. We keep in touch with all of the people that came to his original MAP. We have regular meetings once every three months with part of the group to create new short-term goals and come up with new strategies or plans as he grows. A meeting is being scheduled to start planning for his adulthood. 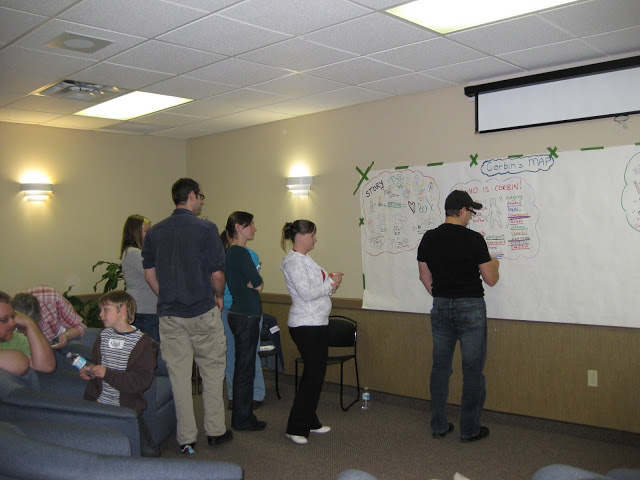