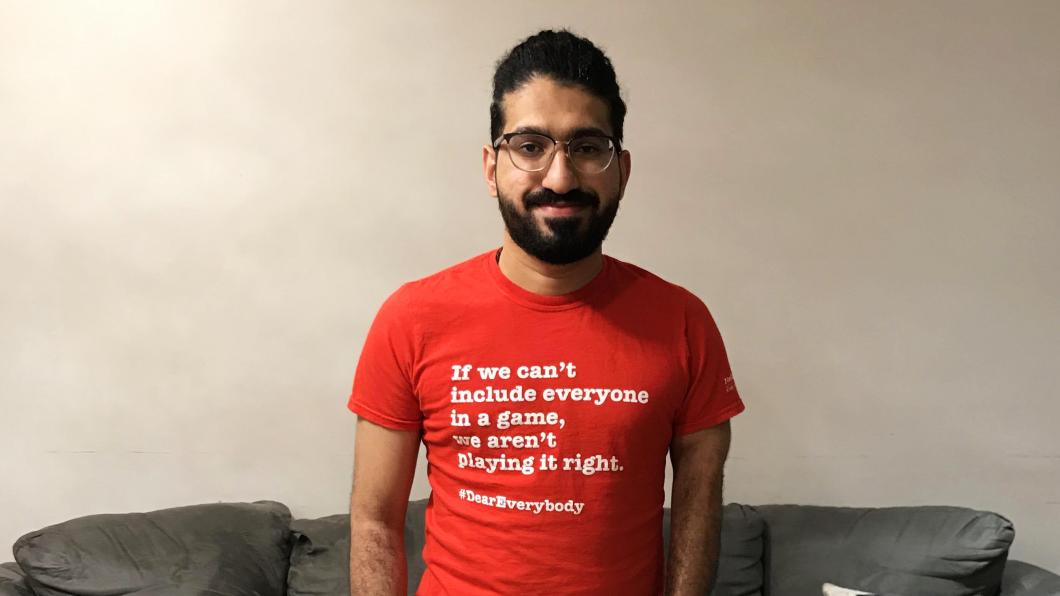 Ahsan Musavi fell in love with soccer after watching the 2006 World Cup. He was 10, and began playing with kids in his neighbourhood in the streets of Karachi, Pakistan.

“We watched videos online and trained ourselves,“ he recalls. “What I loved the most was that I could do tricks and get past people and I used my left, weaker leg to do most of my tricks. The thrill of tricking people and scoring a goal was something I loved the most.“

Ahsan's left leg was weaker because he'd had septic arthritis as a baby. A number of surgeries to treat infections in his knee and shoulder resulted in his left leg and arm being shorter and weaker than the right. To balance himself out, he wore a five-inch lift on his left shoe.

His parents, concerned for Ahsan's safety given the pace of soccer, visited his surgeon. “Can you please explain to him that he shouldn’t play soccer because we don’t want him to get hurt?” they asked.

Luckily for Ahsan, his surgeon took a more liberal view. “He's a good kid,” the doctor said. ”You can’t block him and cage him in a house. He has to go outside and play with the kids and experience living in society. If you lock him inside, it will stop his personal and skill development.” That advice changed his parents' perspective.

Today, as a 24-year-old living in Toronto, Ahsan has turned his passion for sports into a career. He graduated from the Sport Management program at Brock University in April, and works full-time as the coordinator of inclusive programs for the Toronto Blue Jays—in their Jays Care Foundation.

He’s also working as an outreach facilitator with Holland Bloorview, visiting Ontario schools to talk about disability with kids from junior kindergarten through Grade 12. Most of the visits happen over Zoom now. The program is part of Holland Bloorview’s Dear Everybody campaign—which began four years ago with an open letter from children with disabilities and their families that pushed readers to confront their own biases about disability.

“The biggest take away from my life is that a kid who has a shorter and weaker leg is playing soccer and scoring goals,” Ahsan says. “I tell other kids with disabilities to start by getting involved and doing little things that you love. That will help you get to the place you want to be.”

Ahsan says soccer provided him with a place he could be successful and make friends. “It was definitely a challenge, and I had to rely on my right leg, but my friends were always there to support me.”

He notes that cultural views about disability are different in Pakistan from Canada. “They have a concept over there that if you have a disability, your parents or you are being tested or punished by God. When I talk at schools here, I talk about disability as being a natural thing. It’s more common than you think, more prevalent. If you’re not born with a disability, most people will have one as they age. Because I had my disability from such an early age, I was very comfortable in my body, knowing what I can and can’t do. It’s always been a part of my identity and who I am.”

Ahsan says he never experienced teasing or bullying about his disability in Pakistan. In fact, when he played soccer in the street, people often came and shook his hand, he says. “They would tell me about someone who they know who has a disability, and tell me how happy they were watching me play soccer.”

Ahsan’s family moved to Canada when he was a late teen in hopes of better medical care. But he missed the window of accessing those services before he turned 18.

“After you turn 18, you lose a lot of benefits here, things are taken away from you and you’re on your own,” he says. “Every doctor I’ve been to says I need physiotherapy, but it’s not covered, and I can’t afford it. Most people don’t realize that between ages 18 and 65 here, you can’t access good therapies. I think they should be covered by the government.”

Another big expense for Ahsan is the custom lift he needs for one shoe. “I may pay about $150 or $200 for the shoes, but the lift with taxes costs another $600. Nike has a shoe for everything possible—except lifts. If Nike made lifts it would cost so much less than me going individually to a person who makes everything by hand. It's an economy of scale problem. We talk about accessibility, but we never talk about how important these shoes are for people like me.”

Ahsan says his greatest challenge growing up was figuring out what he wanted to do with his life. “I was told to go into careers that don’t require a lot of physical work and standing, where you can sit and work at a desk. Things like accounting or human resources. But my passion was always sports and I’m a huge soccer player.”

Ahsan’s two years in Canadian high school were “a big cultural shock,” he says. “I didn’t have a lot of friends, so I had a lot of time to think about myself. I went to one of my teachers and said ‘I love sports, is there anything I could do in that area?’ He said ‘We have an internship with Special Olympics Ontario,‘ and I said ‘Sign me up!’”

Ahsan spent four summers with the group, organizing sporting events and programs for kids with intellectual disabilities. While there, he asked his managers if there was a future for him in sports. “They said Brock has one of the best Sport Management programs in North America. Why don’t you apply?” That’s when I figured out there was a place just for people like me. My average at the time was 65, and the program requires above 80, so I started working on my grades and making sure I got things done on time and I made the cut.”

Ahsan says he had a great experience living in residence at Brock. The other students “looked at me as a person, not a person with a disability. There wasn’t a stage where they didn’t include me, or want me to be there. We did everything together. We went out together and studied together and partied together. We used to cook dinner for each other.“

Ahsan says his disability has shaped him in positive ways. “It really helped me to learn a lot about myself—the things I can do, the things I’m comfortable with, and the things I don’t want to do. My doctor told me that my body is eventually going to wear out, and that I will have more pain in the future and might need a wheelchair in my 40s. That gave me the perspective that we have limited time, and I have to make sure I enjoy life as much as I can. That means I’m always up for an adventure, for excitement.”

Ahsan says he's committed to making sports more accessible. “We need to make sure kids with disabilities have a chance to be active and to make friends. I made so many friends through soccer. For the future, I hope I can use the power of sports to connect people to things they love.“ 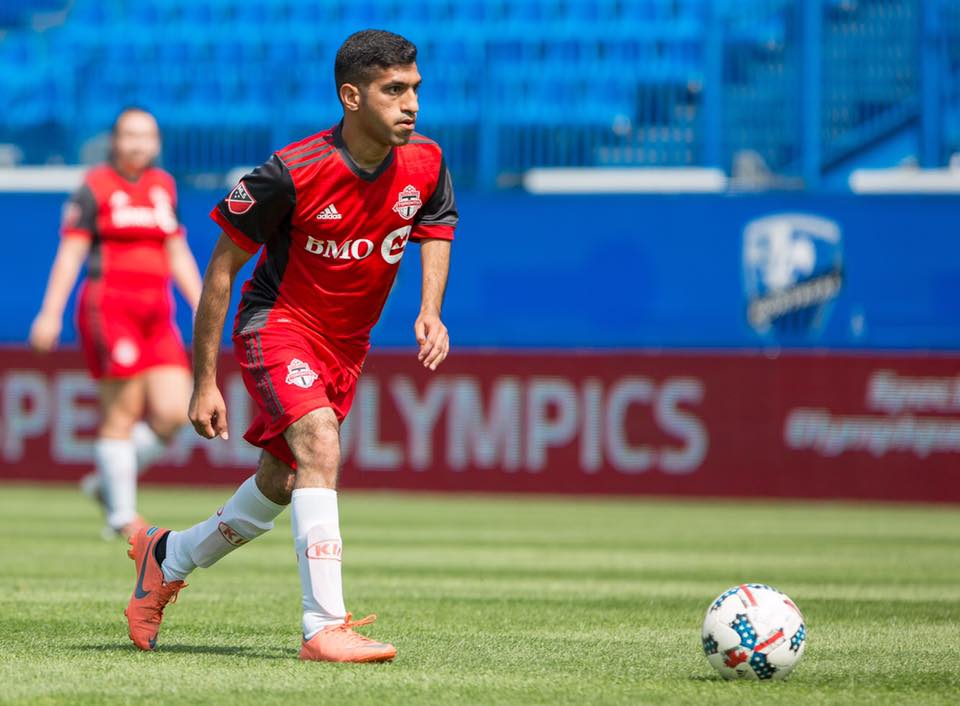