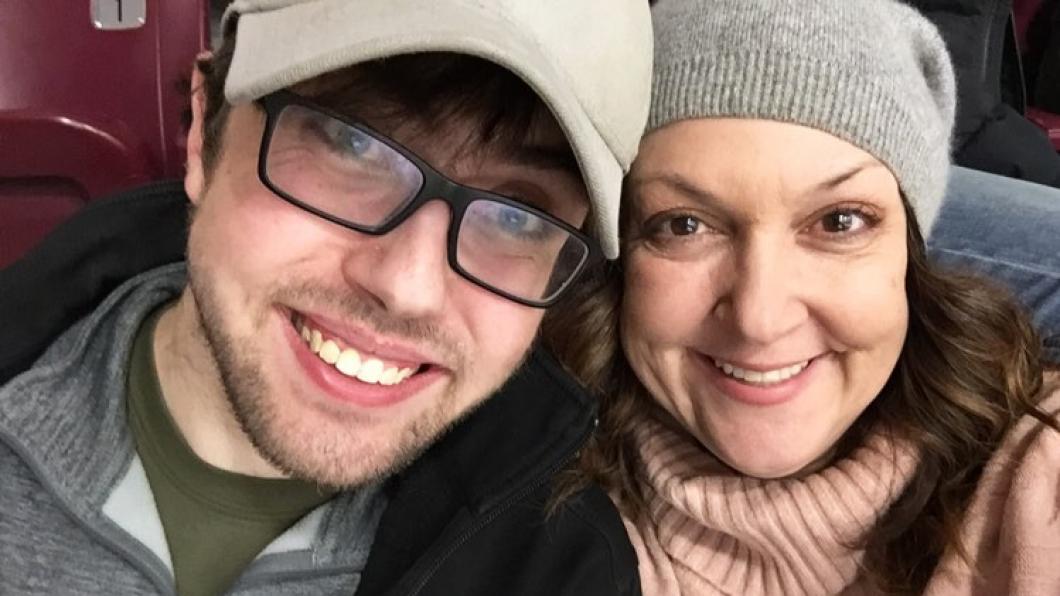 Diagnoses at a later age may mean missed opportunities for treatment

Photo of Max Setka and his mom Katharine Harrison

Katharine Harrison and Kari Welsh have children who received diagnoses much later than usual—one with a congenital physical disability, the other with a developmental condition.

“Until he was 17-and-a-half, he was just a series of symptoms,” says Toronto resident Katharine, mom to Max, who is now a 23-year-old university student. “He was born paralyzed from the waist down, with contractures in his legs and club feet. They did a lot of genetic tests, but nothing came back positive.”

When Max was a preschooler, Katharine learned that Shriners hospital in Montreal specialized in neuromuscular conditions. “I asked our orthopedic surgeon about taking Max there, and he shut me down. He said 'I'm not going to do anything with his legs, he's fine the way he is. If you want to pursue it, pursue it, but you'll do it on your own, I'm not doing it.' When someone at that high level in medicine shoots you down, you feel you should just shut up and not do anything.”

Imagine Katharine's surprise when Max was diagnosed in high school with arthrogryposis, a condition that causes joint stiffness and that Shriners specialized in. “There were therapies and even surgeries he might have benefited from."

Kari Welsh, who lives in Calgary, searched for a decade to understand why her daughter Talia struggled with language, balance, sleep, hearing and behaviour. Along the way, Talia was diagnosed with ADHD, anxiety and severe sensory-processing problems. But clinicians repeatedly suggested Talia was making things up, and that her parents were “medicalizing” their daughter. Before Talia was finally diagnosed with social communication disorder at age 10, her parents were investigated, and cleared, by the local children's aid society.

“It was devastating to learn that Talia had lost six years of treatment which will impact her for the rest of her life,” Kari says.

People with social communication disorder have problems using language in social situations. They may struggle with greetings, sharing information, changing their speech to suit different contexts, understanding things that are implied, and participating in conversations and storytelling. The diagnosis was taken out of the autism spectrum in 2013.

“Most children receive this diagnosis at age four,” Kari says. “That's when we really started to pursue help for Talia. Because it's an invisible disability, professionals said 'Your daughter seems normal.' For example, she was verbal, but she was non-verbal. Girls are more talkative, but she didn't understand, and in a way she was parroting what was going on. Years later, when a speech therapist tested her, she came up with zero on social communication. She had an infant's level of comprehension...” What adults interpreted as oppositional behaviour in Talia was often her inability to understand what was being asked of her.

Over time, Kari kept going back to clinicians to ask about Talia's unusual symptoms, including not being able to hear during conversations and tripping and hitting her head. “Her sensory sensations are larger or smaller than other people's. She could be having a sensation that's normal for another person, but super painful for her. People began to interpret that as attention-seeking. She was having severe balance and pain issues because of her neurological wiring, but she wasn't able to articulate what was going on in her body."

When thinking about diagnoses at an older age, there are two concepts that overlap, says Dr. Sharon Smile, a developmental pediatrician in the child development program at Holland Bloorview. “There is the concept of a late diagnosis and there is the concept of a diagnostic error. My understanding of a late diagnosis is when there's a non-optimal interval between the onset of symptoms and the time of identification and initiation of appropriate treatment. That time gap is out of keeping for what is typical for that specific population.”

When Kari was told her daughter “seems normal,” that could be considered a diagnostic error, Sharon says. “There are some nuances between the different terms. The term diagnostic error is framed in a patient or parent perspective. It's a failure to establish an accurate diagnosis in a timely manner and communicate that result to the patient.”

A number of factors can contribute to late diagnosis. “Kids who have a milder presentation won't necessarily meet all of the diagnostic criteria or checklists earlier in childhood,” Sharon says.

When a child has more than one co-occurring condition, it can delay a diagnosis. “Sometimes more common clinical challenges are diagnosed first, as we have access to clear treatment guidelines. But when a child is still not functioning well in their environment, we evaluate if there's comorbidity. Just because you have autism doesn't mean you're immune from having an anxiety disorder or ADHD or asthma.”

Sometimes gender is used to explain away or minimize a child's challenges. “Girls with autism may not present with boisterous or disruptive behaviours, but be identified as being shy,” Sharon says. “Or when we look at something like ADHD, people may say 'Boys will be boys. Why are you putting a label on them?'” What I say to our medical students and residents is that when evaluating development, we should shift away from using only a checklist, and instead take a multi-dimensional approach to the evaluation and interpretation of the presence, absence and quality of a child's skills. For example, does a girl have to make an extra effort to manoeuvre through her day-to-day social and academic activities at school? This extra effort can be conceptualized as camouflaging.”

Sharon says diagnosis depends on three perspectives: the parent or caregiver, the clinician, and the child or teen. “For clinicians, we have to listen to our parents and our patients, whether through words or behaviour. The parents are the experts. They're spending all of their time with that child, so I'm listening to them. We should work as team players with parents. My role is to share what my thoughts are regarding the information parents, caregivers and the child bring to me—and then it's a two-way street of communication. You get their feedback on your thoughts. If there's alignment, great. But maybe they have other ideas.

“Maybe the parent says 'Dr. Smile, I was concerned about X, but you thought it was A.' I will give them the reasoning or evidence behind my thinking about A, but I want to hear their reasoning behind thinking X. Hopefully we walk together through the process of seeing whether X is plausible or not plausible. I challenge clinicians to be open to that kind of discussion. And if what the parent is thinking about isn't part of my scope of practice or repertoire, then we need to collaborate with other health providers.

If a parent finds a clinician doesn't support this kind of open enquiry and collective problem-solving, then it's okay to have this discussion with another health professional. “But it's important for the original clinician to be made aware of the ultimate outcome so that they're part of the learning process. Only with feedback will they be able to dissect their role in that process, and increase their knowledge base.”

Kari notes that it can be extremely difficult to get a referral to a developmental pediatrician. “Limited access to clinicians who have a larger repertoire of experiences with the subtle nuances of more unusual types of diagnoses“ is a barrier, Sharon says.

Katharine encourages clinicians to be more flexible in their thinking. “If a parent suggests a possible diagnosis or a treatment, I would like the doctor to pause and do a bit of research, and meet back with the parent at a later date to discuss what they've found,” Katharine says. “Don't dismiss something in a sentence in a 15-minute appointment.”

If you don't have expertise with a condition, reach out and network with other specialists to try to find someone who does, she says. “Doctors often seem interested in one or two conditions—that's their bag. Holland Bloorview has a focus on cerebral palsy, and is known for it, but that wasn't the right place for Max. It would be great if doctors reached out to other hospitals to say 'This is what we specialize in here, but we don't have expertise in this. Do you know who does?” I remember being told 'You can join the CP moms group,' but that wasn't my group.”

Katharine says her first reaction to getting Max's diagnosis was happiness. There was something she could research! She was also grateful to learn that Max had a mild case, with only two limbs affected, instead of four.

But in the last two years, his missed diagnosis has bothered her. As an adult, Max has greater difficulty walking with braces and canes. “Shriner's has been treating kids like Max for 20 to 30 years. It wasn't open to us, and it makes you feel sour because I specifically asked about it.”

Kari has advice for clinicians. “Pay attention to the data the parent is giving you, rather than just doing a history. Write down timelines that correspond with a child's issues. Bring in professionals that are connected to the difficult areas that the parent identifies. If it's hearing, bring in an audiologist. If it's language, bring in a speech therapist. If it's balance, pull in an occupational therapist. Too often we had a psychologist say 'I think that's normal,' without seeking input from specialists. Don't make assumptions that because a child can talk or read, that they have comprehension."

Don't minimize what parents may learn from other parents on Facebook, Kari says. “I started a Facebook page because Facebook was of the greatest value to us after Talia's diagnosis. On Facebook I have access to 1,300 parents across the world whose children have the same diagnosis. If Talia is having a problem, I can post it, and within three days I'll have an approach that will probably work better than what I'd get paying a psychologist $200 an hour. Many professionals have never heard of social communication disorder.”

For parents, Kari says “know that you may be very on track with what you're seeing in your child, but limited by the experience and knowledge of the health professional you're working with. It's okay to disagree. It became so depressing for my husband and I when no one would see the patterns in the data we provided. Trust your parental sense. Obtain your child's medical records to ensure transparency. You may be surprised by what you see. You may have felt you were working together and that the doctor was going to pursue something you agreed upon, when they had their own agenda. Sometimes there's a case of broken telephone. We were investigated by children's services because our medical team [said] that I was giving Talia my own anti-anxiety medication. I don't have a prescription for anti-anxiety medication, and they never asked or clarified the information with us. We only found out a year later, after requesting our daughter's medical records."

When Sharon makes a late diagnosis, she focuses on validating parents. “Many times they feel embarrassed. Maybe they've been called a difficult parent. They may feel unheard and alone. They're experiencing something, and no one is believing them, and that leads to a sense of hopelessness. I start by saying 'I hear you and I value your history and what you've brought to the table in terms of the struggles you've identified.' And I thank the child or adolescent for what they've shared. Then I tell them I'm going to be here as part of your journey moving forward.”

Photo below is of Kari Welsh and her daughter Talia 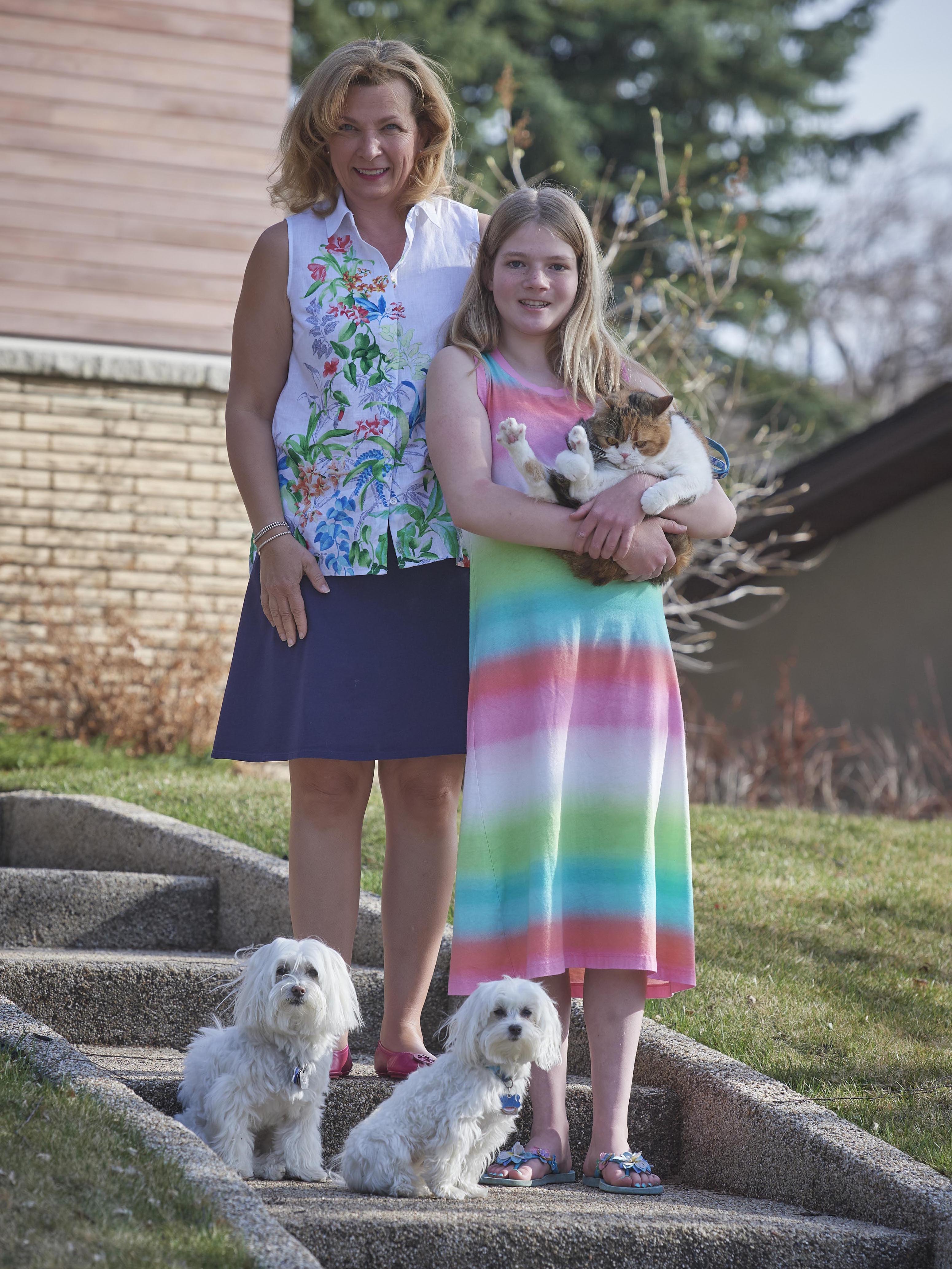