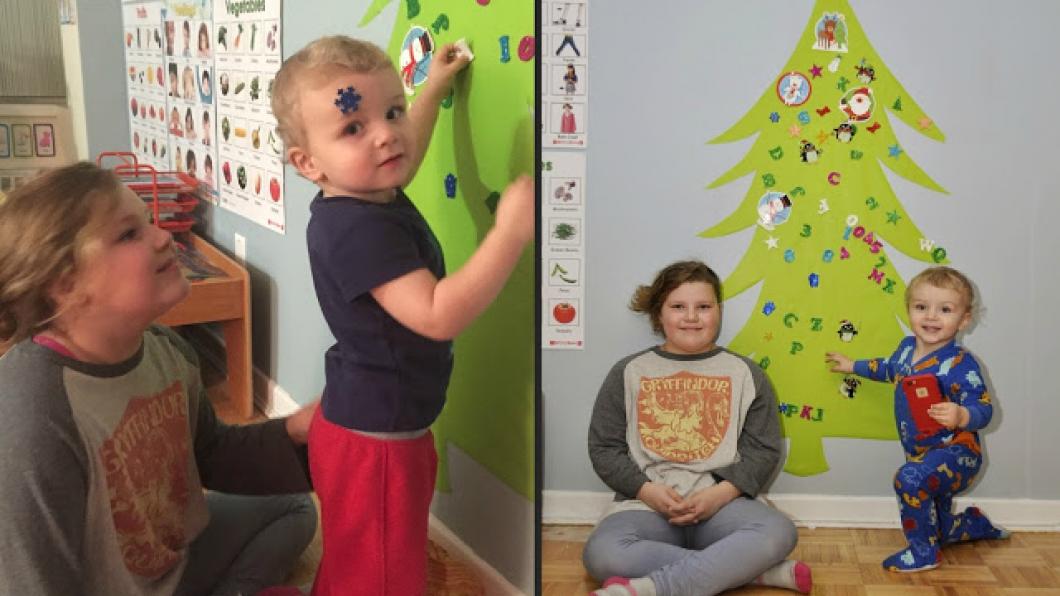 Making a tree is as fun as buying one, and more kid-friendly

Susan Cosgrove's two-year-old son has autism and isn't ready for a real Christmas tree this year.

"It was a safety issue as far as him pulling it over or climbing on it, as well as the choking hazard of him reaching the lights and small, breakable ornaments," she writes. "It was also a sensory and impulse-control thing as far as touching and removing the ornaments. He's already pulled half the stickers off of this one but I bought about 1,000 stickers, so it's fun to keep putting new ones on."

Susan says an occupational therapist suggested they make their own tree. "It also saves my sanity because I'm not having to monitor him every second with a real tree."

Thanks for sharing this awesome idea Susan!