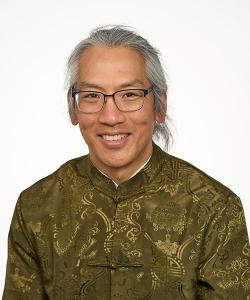 Dr. Chau and his PRISM lab have focused on access innovations in recent years.  Access innovations include the discovery, design, and evaluation of novel pathways by which children and youth can communicate or interact with their environment in the absence of functional speech and gestures.

His access research has grown to include the development of an in-school access and communication training protocol, which engages the student, teachers, educational assistants and parents. Currently, his team is developing analytical techniques for several access pathways based on brain activity. They have also conducted research to better understand the subtle timing patterns of repetitive movements such as walking and circle drawing. This knowledge may suggest new ways to measure motor improvement and the impact of interventions.

Dr. Chau and his team have also published a number of papers relating to the forces associated with handwriting. That research is useful in informing occupational therapy intervention for handwriting difficulties. On the virtual reality front, our lab has been involved in the development and clinical testing of various augmented environments, including, the virtual music instrument, a wearable pedestrian and wheelchair indoor localization system, and most recently, a Kinect-based art program. These environments offer new media for intervention.

Finally, Dr. Chau and his team have devoted many years of research towards the development of a new medical device relating to swallowing disorders.