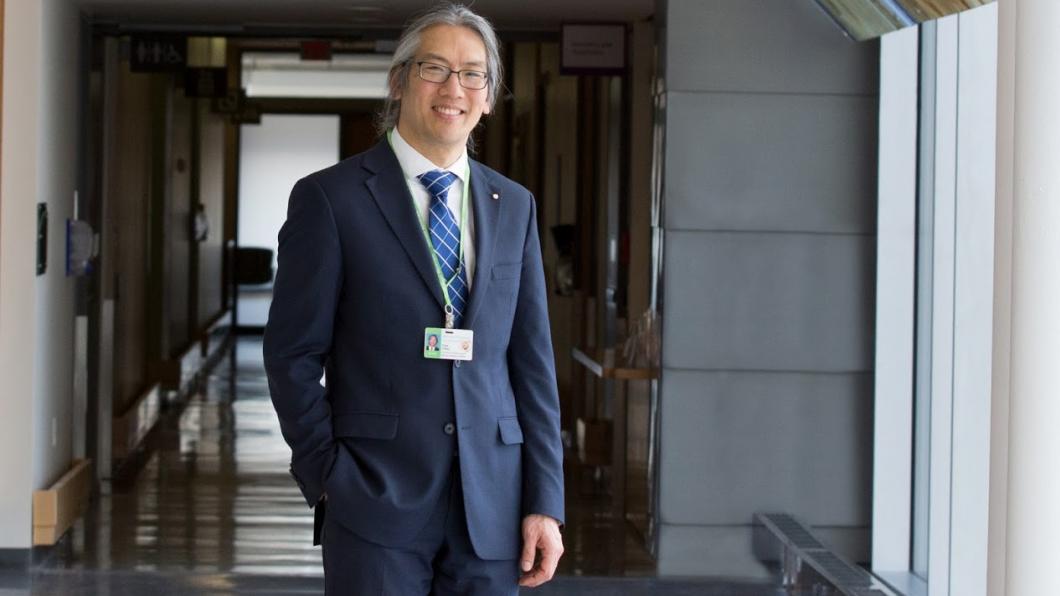 Dr. Tom Chau receives President’s Impact Award for his contributions to the development of assistive technologies, giving children and youth with severe disabilities the ability to communicate more freely

Dr. Tom Chau, vice-president of research at Holland Bloorview Kids Rehabilitation Hospital and  director of the Bloorview Research Institute, has been awarded one of University of Toronto’s highest honours: a President’s Impact Award.

“It is a tremendous honour to be named a recipient of the President’s Impact Award,” says Dr. Chau of his award, who is a full professor at U of T’s Institute of Biomaterials & Biomedical Engineering in the Faculty of Applied Science & Engineering. “This award affirms that the impact of the research at Holland Bloorview on the lives of children and their families is important. I would also like to recognize the many graduate and post-doctoral students who have been so committed to answering questions that matter to children and youth living with disabilities and their families.”

The University of Toronto President’s Impact Awards celebrate faculty members whose research has made a significant impact beyond the walls of academe. In Dr. Chau’s case, the impact of his work is immeasurable.  From the Hummer that gave a child their voice, to a blink switch that enabled another to participate in his bar mitzvah, the scientist’s innovations have literally transformed the lives of young people living with disabilities. In short, he has given a voice to those who are voiceless.