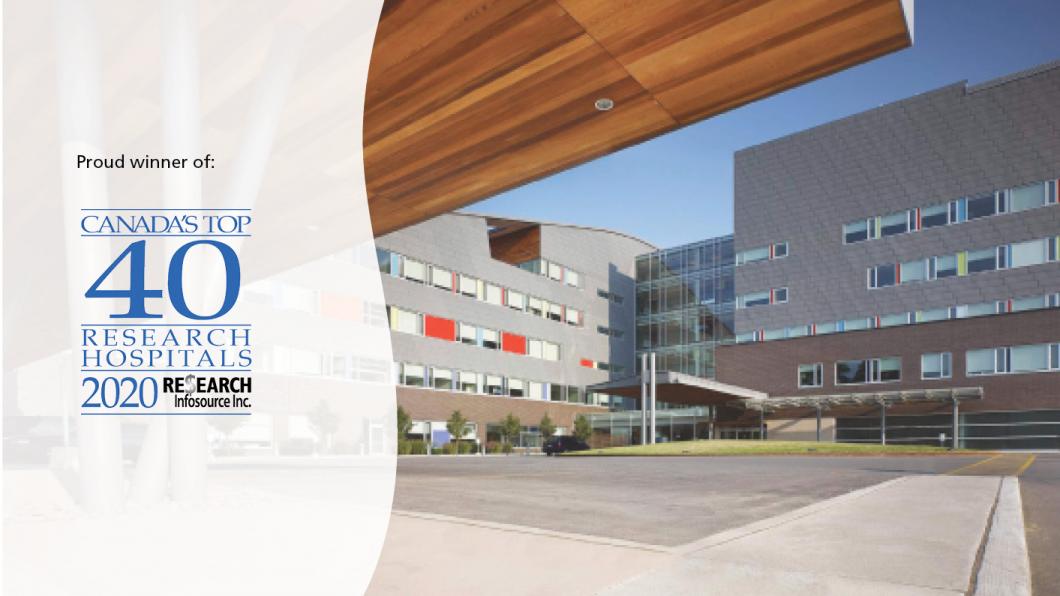 According to a ranking released by Research Infosource Inc. today, Canada’s leading hospital in childhood disability research is ranked first in researcher intensity for small hospitals (spending less than $400 million).  In 2019, each researcher received, on average, $673,800, up from $627,000 the year before.

Holland Bloorview also ranked second in hospital intensity in the small hospital category with 13.7 per cent research spending as a percentage of total hospital expenditures.

“This ranking affirms the excellence of our researchers and is a true testament to the critical role research plays in serving children and youth living with disabilities as well as their families, especially as the world is grappling with a global pandemic,” says Tom Chau, vice president of research and director of the Bloorview Research Institute.

Canada’s Top 40 Research Hospitals 2020 highlights Ontario hospitals’ leadership role in defining the province as a competitive centre of health research and innovation, both at the national and global levels.

Research Infosource ranks institutions annually on numerous indicators including success in attracting financial support for research and research intensity by hospital and per researcher.

The full ranking can be found here.