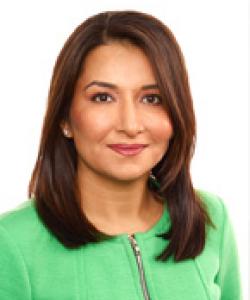 Vice-Chair, Board of Trustees | Professor of Law at Osgoode Hall, York University

Poonam Puri is a Professor of Law at Osgoode Hall, York University, and an affiliated scholar at Davies, Ward, Phillips & Vineberg LLP. She is an expert in corporate governance, corporate law and securities law. Appointed to Osgoode's faculty in 1997, and a recipient of its Teaching Excellence Award in 1999 and 2009, she holds a Bachelor of Laws (LLB) degree from the University of Toronto and a Master of Laws (LLM) degree from Harvard Law School.

Poonam has advised governments and regulators around the world, and she serves on the board of directors of many significant organizations, including the Canada Infrastructure Bank.

Poonam joined the Board in June 2016. She is Vice-Chair of the Board of Trustees, a member of the Governance Committee, Quality Committee and the cross-appointee for the Holland Bloorview Kids Rehabilitation Hospital Foundation.