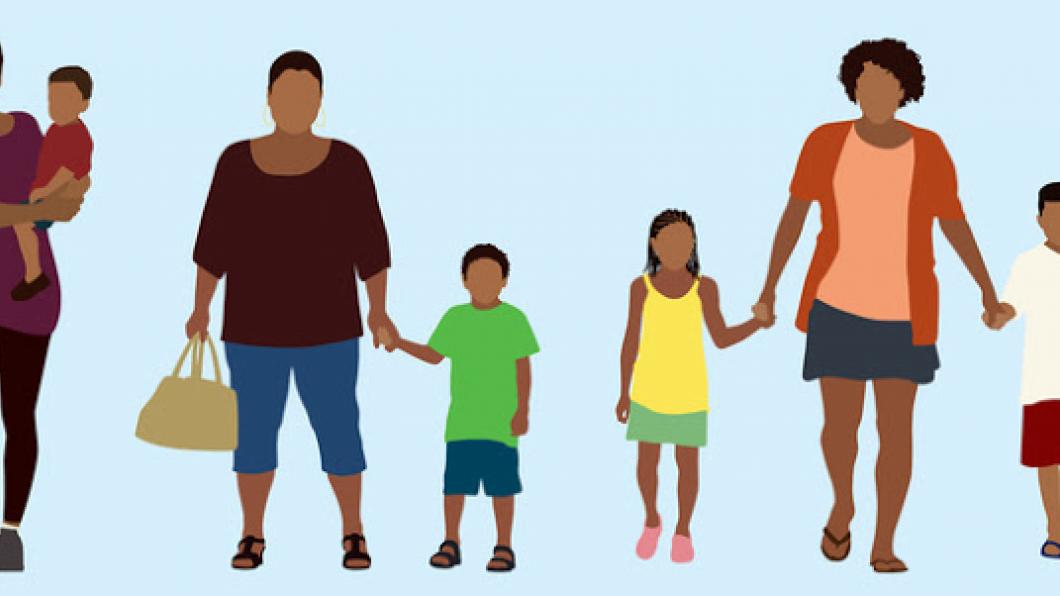 Racism and ableism stack up against black moms, study finds

Last month York University researcher Nazilla Khanlou presented results on a study of black mothers with children with developmental disabilities at the Racialized Maternal Health Conference in Toronto. Her team interviewed seven black mothers and three service providers to learn about the challenges the mothers faced and how these barriers influenced their own health. BLOOM did an interview, by e-mail, with Nazilla and two of her co-researchers—Luz Maria Vasquez and Attia Khan.

BLOOM: Why was the study needed?

Nazilla, Luz, Attia: According to the literature, racialized mothers of children with developmental disabilities bear a disproportionate burden of stress, illness and health inequities. They are triply marginalized due to factors related to their Black, Latino, Asian or Indigenous backgrounds; their gender; and because they are the main caregiver for their family. Studies associate these factors with poor health outcomes for mothers.

The study was needed because our programs to promote the health and wellbeing of women do not consider the specific experiences and needs of racialized mothers of children with developmental disabilities. Based on our previous studies, we discovered there was a need to reach out to this population to hear their specific perspectives on how society and institutions can support their wellbeing.

BLOOM: How did you define racialized mothers in the study? Were they all immigrant mothers?

Nazilla, Luz, Attia: We used the term ‘racialized’ to recognize the existence of power imbalances among the population that favour certain groups in our society and disadvantage other segments of the population. Some racialized mothers are immigrants, and others are Canadian.

BLOOM: What kind of questions did you ask in the interviews?

-What does a health-care provider or social-service provider need to know about your experiences with racism, and other barriers, to more effectively meet your needs?

-Who do you think can help you to do the things you want to do? (e.g. agencies, family, partner, friends)?

BLOOM: What were the key findings?

Nazilla, Luz, Attia: In this study we learned that the challenges of mothering children and youth with developmental disabilities increase when mothers are racialized. The added challenges of mothering a child with a developmental disability included the need to provide care around-the-clock, perhaps over a lifetime; financial difficulties; social stigma; being blamed for their child's disability; and lack of social support. On top of that, mothers needed to work extra hard to protect their children from racism and discrimination.

BLOOM: It sounds like the first barrier they experience is the challenge of getting what their child with disability needs. And the second barrier is the racism they experience in the medical system and the community. Also, I noticed in your study that mothers felt stigmatized by their own families.

Nazilla, Luz, Attia: Mothers referred to the issue of service access and utilization. They felt they weren't treated equally, because of race, in learning about school and health-care resources. They felt service providers didn't give them adequate information. Some mothers felt service providers were intentionally unhelpful, or were saving those supports for other families.

One said: 'We will not have access to the same services, even the developmental services...you see how they treat the white people different than how they treat the black people. They don't give you the information that's available.'

In regards to their families, some mothers highlighted a lack of support and understanding about the specific needs of their children with developmental disabilities. They also felt socially isolated from their families.

BLOOM: I thought it was interesting that five of the seven mothers interviewed were single. Would we expect this in another population of mothers raising kids with developmental disabilities?

Nazilla, Luz, Attia: First of all, it’s important to highlight that there is stigma and stereotyping attached to marital status. In light of this, we, as researchers, don’t make assumptions about marital status among the different populations we study. In the context of our study, we understand marital status as an important factor affecting mothers’ health-promotion experiences.

As the mothers explained, lack of support from family members (including partners, husbands, mothers and siblings) is a key social determinant of their and their children’s health and wellbeing. This lack of support intersects with other determinants, such as employment, time, and other resources.

BLOOM: What were the strengths you identified in these moms?

Nazilla, Luz, Attia: Mothers discussed these strategies they use to cope with racism and discrimination in the context of raising their children:

-They teach their children about the reality of racism and how they have to work ‘twice as hard’ as non-racialized individuals.

-They practise and teach key values to their children like tolerance, respect and understanding. As one mother said: 'I raise my child to respect everybody, because I believe racism starts in somebody's house.'

BLOOM: What did the mothers suggest would help professionals provide better care?

Nazilla, Luz, Attia: A key suggestion was the need for service providers to be educated about the implications of racism in the lives of the populations they serve.

Service providers should be taught, as part of their professional development, the role that racism plays in limiting health promotion opportunities; that racism intersects with other social determinants of health, such as socioeconomic opportunities; and that stigma and discrimination are part of the everyday experiences of racialized mothers and their children.

BLOOM: You also interviewed three professionals who work with the black community. Were they seeing similar things with their clients that the mothers talked about?

Nazilla, Luz, Attia: The service providers we interviewed, who were of racialized backgrounds, agreed that racism exists in our society. But often racism is subtle, they said. People don’t outwardly say things, but hold strong beliefs that cause them to treat other people unfairly. Those on the receiving end may not call it racism, but talk about being disrespected or feeling insulted or shunned.

The service providers felt that racism was seen more in public places, like grocery stores and malls, but was less commonly experienced in health care. They believed that lack of socioeconomic resources—such as employment and family support—as well as language barriers, were obstacles to care, or negatively impacted the mothers’ health.

They noted that people are served on first-come first-serve basis, so people who are persistent receive the support they need. They felt diversity in the backgrounds of staff and volunteers and in program activities would help mothers feel welcome and included, and that they are treated fairly. Service providers said that they, and their colleagues, would not treat one person in line differently from another person.

BLOOM: What are next steps for this research?

To transfer our knowledge, including:

-to include on our website an information brief in plain language and one on video. Both will outline the health-promotion framework, and its application to racialized mothers, and other strategies will be recommended.

-to continue to disseminate findings across various venues.For example, we recently presented at the Racialized Maternal Health Conference, and at the LaMarsh Centre for Children and Youth speakers series. We will be presenting a poster at the upcoming Ontario Shores Annual Mental Health Conference.

BLOOM: If a professional takes one thing from this study, what should it be?

Nazilla, Luz, Attia: They need to reflect on how much they know about racism, and to acknowledge that racialization and racism impacts mothers’ wellbeing through their intersections with gender, privilege and power. Furthermore, they need to be critical about the assumptions or prejudices that inform their own everyday practices, and how they may negatively impact on the racialized populations they serve.Finally, service providers need to be proactive in terms of openly addressing discrimination and racism in the settings where they work.

Service providers told us that one size does not fit all. Programs that don’t really connect or resonate with the community that they’re serving are less likely to succeed. They also believed that programs need to be tailored to specific community needs. For example, they suggested dedicated programs for people who are new to Canada versus people who are born and raised in Canada.

Please watch this fabulous video about the York University study, which was funded by Women's College Hospital's The $15K Challenge. Nazilla holds the Women's Health Research Chair in Mental Health. You can follow her @YorkUOWHC.