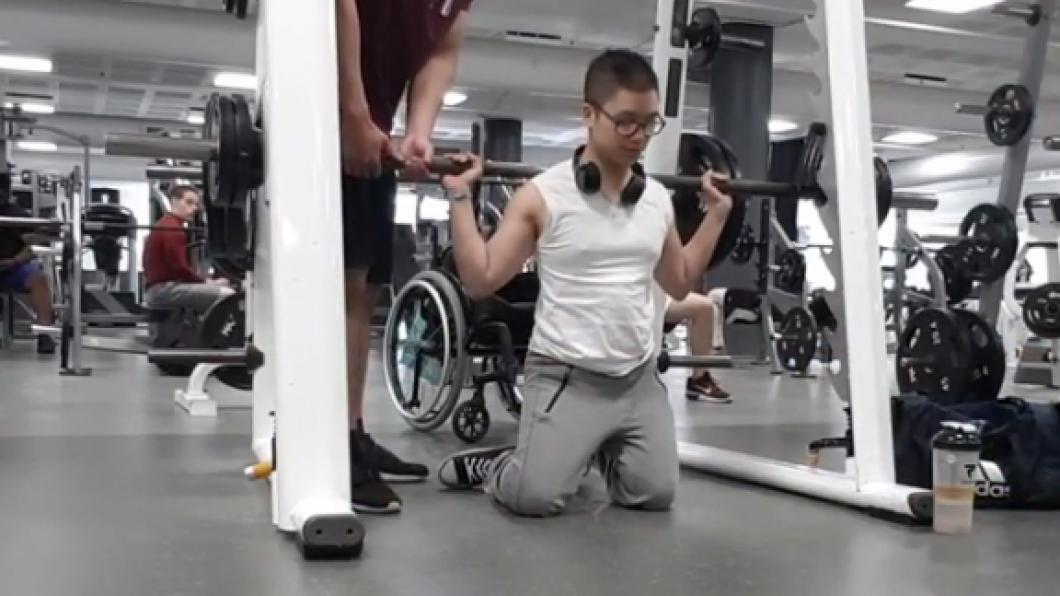 Lifting himself up one weight at a time

Jesse was eight when he did his first push-up. He could only do one.  Now, almost a decade later, he’s powerlifting 100 lbs. on a regular day.

It’s a long way, he says, from the skinny, shy child he was while growing up in the Philippines.

Born with cerebral palsy, affecting the entire left side of his body, Jesse spent the first eight years of his life in surgeries—with his first one at just eight months old.

“Isolated” is how he describes his childhood, thinking back to the days where he spent afternoons in a cast watching through his window as the neighbourhood kids played. Switching between physiotherapy appointments and recovery, Jesse often felt like an outsider, constantly fielding insensitive comments and questions.

“I've experienced people talking behind my back or people who stare and ask if I got in a car accident,” says the 17-year-old.

“All my life people have put labels on me. But I'm not a product; I'm a human being with feelings.”

It wasn’t any easier, when Jesse immigrated to Canada at the age of eight and found that learning a new language while navigating a different city was nothing short of intimidating.

For most of his school days, he didn’t have any friends, often just the subject of pity from his classmates who were told by his teacher to hang out with him.

The independence of Jesse

But when he and his family found Holland Bloorview, just six months after arriving in Toronto, Jesse says his life was changed.

For him, the hospital and its staff gave him a sense of independence he didn’t think he could have.

Now he loves to cook—lean chicken dishes are his specialty—takes the subway when he can, and even recently navigated the Toronto bus system with his wheelchair.

Finding where he fits in

Prior to his fitness journey, Jesse had no idea that for children like him, sports like wheelchair basketball and the Paralympics were options. Now, he can’t imagine his life without the gym in it.

For him, it’s truly where he belongs.

“Most people think powerlifting is only for able-bodied individuals, but it’s not. With fitness I found happiness and confidence,” he says.

“I'm not very social; I’m one of those students that sit in the corner. But at the gym, I'm a totally different person and I’ve made so many friends.”

Now Jesse spends most of his days in the gym practicing chin-ups and squats—with a modification for using his knees.

In just a decade, he’s transformed from a shy, lonely teen to one striving to reach even more of his goals with the support of his friends.

It’s been 10 years since that first push-up that started it all, and when you ask him where he’d like to be in 10 years, he responds with, “Owning my own accessible gym for anybody.”

Jesse hopes that by creating a more inclusive workout space, kids and adults alike with disabilities will find the motivation, passion, and community that he did when he picked up his first barbell.

“In most [sports] commercials they’re mostly able-bodied, there’s rarely anyone with a physical disability,” he says. “And I want to change that.”

Call to action Text
And you can help kids like Jesse achieve their dreams.
Donate Now