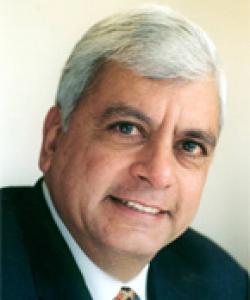 Yezdi Pavri retired as Vice Chairman of Deloitte Canada in June 2012, after a distinguished career of more than 30 years. Prior to being named as Vice Chairman in June 2010, he was a member of the firm’s national Management Committee and national Client Council for over ten years, and the Managing Partner of the Toronto practice since June 2004. He founded Deloitte’s national Enterprise Risk Services practice in 1990 and led it for 15 years. He was a founding member of the global firm’s India Steering Committee and also co-chaired the firm’s first Diversity and Inclusion Committee. Yezdi has served a number of Canada’s largest Banks, Insurers and Retailers throughout his career at Deloitte, assisting them in managing Operational Risk, with a particular focus on IT Risk/Governance.

Yezdi joined the Holland Bloorview Board in June 2018 and is a member of the Business & Audit Committee.